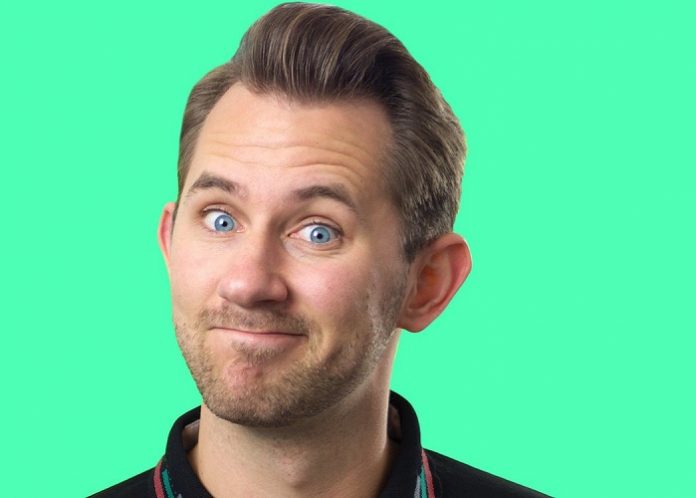 Unlike many other successful YouTubers, Matthias has always avoided sensational or controversial content, instead, his videos are always family-friendly, and his extended family has all enjoyed considerable success on Youtube themselves, with similarly wholesome content. Matthias is not just a Youtuber, he’s a musician and a businessman who has earned a small fortune from his online fame, but exactly how much money has he made from Youtube? And what else does he do when he’s not making videos? Read on to find out.

How Did Matthias make his money & wealth?

Matthias was born in Woodland Hills, California, on September 20th, 1988. His father was an Imagineer for the Walt Disney company, someone who designs and develops attractions, and the family moved to Orlando, Florida for a while, where Matthias, his brother Joey, and their older sister Sarah, were all able to visit Disney World for free any time they wanted, as a perk of their father’s job.

His family later moved back to California, and Matthias joined a band at school. He told the other band members he was a vocalist, even though he had never actually sung before, and he eventually learned to play several instruments, including guitar, bass, and piano. Matthias later became friends with DJ Michael Badal, and he learned how to produce music with a computer. In the 11th grade, Matthias and Michael teamed up to produce a 14 song album, ‘Where We Should Be’ under the name ‘The Social’.

Matthias had also become interested in film-making at a young age, and in 2008 after graduating from high school, he went to the College of the Canyons to study for a degree in Film. Matthias received a boost in 2009 when a short film he directed, entitled ‘Maestro’, won the Best Cinematography award and was featured on the front page of video-sharing site Vimeo. After graduating Matthias went to California State University, Northridge, to study audio and sound engineering, and while there he was chosen to direct a thesis film project that had a $30,000 budget.

Matthias launched his first Youtube channel in 2011 and began uploading music to the channel, usually cover versions of songs, but after a while he began varying his content, producing remixes using only iPhone sounds, parodies of songs such as Gangnam style, which became ‘James Bond Style’, and the occasional comedy sketch. In 2013 Matthias took part in the second Internet Icon contest, where he met several of the biggest Youtube stars, including PewDiePie, Jenna Marbles, Shane Dawson and Philip DeFranco, and he ultimately won the competition, which resulted in a huge increase in his subscriber count overnight.

Matthias has always concentrated on family-friendly content. He never uses dubious tactics to gain views, and he has always concentrated on building his fan base through positive methods. The loyalty of his fan base reflects his determination and hard-work, and the original Matthias channel, which now in 2018 has over 5.6 subscribers and over 1.1 billion views, has spawned a network of associated channels, all of which are managed by another of Matthias’ businesses, the Hi5 Studios production company.

All those channels are managed by Hi5 Studios, but that’s only half the story of the production company. Matthias, Joey, and Bryan launched Team Edge in 2015, where they, in their own words, ‘Act like idiots’ and engage in ‘Fairly childish competitions’, but the comedy stupidity of Team Edge has won them almost 4.5 million subscribers, and over one and a quarter billion views in less than three years. The ‘REKT!’ channel opened in May 2017, where another group of Hi5 content creators, including Matthias’ original editor, Gunner, have attracted almost 900,000 subscribers and gained 70 million views, by destroying things in interesting ways, usually with humorous results.

Matthias has a vlogging channel that features life at the Hi5 Studios offices, and he’s won another 130,000 subscribers there in just over a year, in fact, he gained over 100,000 subscribers in the first 24 hours. In 2015 he opened a gaming channel, ‘Get Good Gaming’, which now has over 1.1 million subscribers and 150 million views. The final channel operated by Hi5 Studios is ‘Fail Time!’, where Matthias and the Hi5 crew react to the weird and unusual corners of the internet, and since December 2016 that channel has amassed 870,000 subscribers and over 76 million views. The combined views of Matthias’ main channel, and the ‘Mat & Amanda’ Channel are around 1.8 million per day. Considering the family-friendly focus of the channels, this earns an estimated $3,000 per day for Matthias or over $1 million per year, but that’s just a part of Matthias’ total annual income.

Amanda And Matthias were at school together, but it wasn’t until he was at college that they began dating. He announced on Twitter that they had got married in May 2013, at around the same time that he won the Internet Icon contest and his popularity on Youtube began to dramatically increase. In July 2016 they had their first child, a daughter Luna. Although many fans believed that she was named after Luna from Harry Potter, Matthias and Amanda later revealed that the name comes from a Pixar short, called ‘La Luna’.

Apart from the estimated $1 million a year that Matthias and Amanda earn from their personal channels, the numerous channels under the Hi5 Studios umbrella achieve views of around 5 million every day. Although Matthias, who is the CEO of the company, has never revealed his share of the profits, a 10% share of profits is standard for production companies, which would result in an approximate income of around $2,000 per day for Matthias, or another $700,000 per year. His popularity on Youtube also results in numerous endorsement deals and sponsorships, and in the past, he has collaborated with prominent YouTubers such as Jacksepticeye and Markiplier.

What are Matthias’ other interests?

Matthias opened a music composition and scoring company, ‘Music Mentality productions’ in 2008. Since then he has produced music for eleven short films, a feature film, and several commercials. Matthias has also produced three full-length albums under his own name, and his music is sold on both Amazon and iTunes. In June 2018 Matthias announced that he was launching a record label, ‘Chill Records’, to promote his own work, and that of other artists.

Where does Matthias Live?

Matthias and Amanda live somewhere in Los Angeles, California. In April 2018 Amanda featured a tour of their new home on her channel, but she didn’t reveal exactly where it was. You can keep up to date with Matthias on Twitter, where he has 521,000 followers, or Instagram, where another 564,000 follow him. Matthias uploads videos to his original channel around twice a week, and you can connect with all of the Hi5 Studios content creators at the Hi5 Studios website.