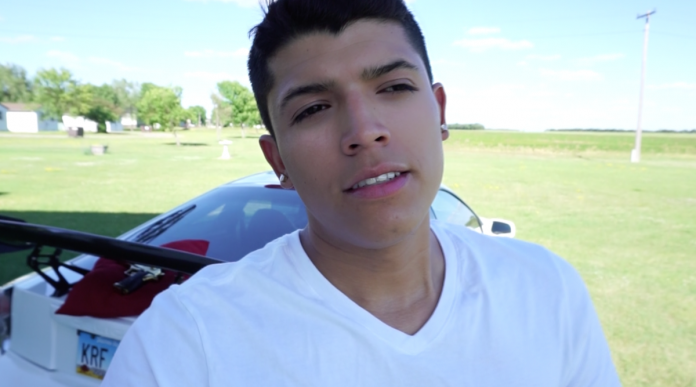 The Norman County prosecutor has released parts of a video and a transcript involving Monalisa Perez and Pedro Ruiz III.

The video was taken before they attempted a stunt which they planned to post on YouTube. Pedro Ruiz III died when they were attempting the dangerous stunt. The couple had recently started a YouTube channel with prank and stunt videos. The channel was small but the couple was planning to go viral with their stunt video.

The couple set up cameras around the place for the stunt but things went bad in their attempt. Pedro Ruiz III held an encyclopedia against his chest and Monalisa fired at it with a .50 caliber handgun.

Monalisa said this just moments before the stunt:

“Babe, if I kill you what’s gonna happen to my life. Like no, this isn’t OK,” she said. “I don’t want to be responsible.”

She shot at the encyclopedia and it went straight through, killing Pedro Ruiz III. Authorities said they would not release the footage of the incident. Fox News reports that police said the couple placed cameras outside their home. They added that their 3-year-old daughter and other people were watching.

In December, Monalisa pleaded guilty and was sentenced to 180 days in jail. She will serve that sentence for six years, with 30 days each year. Monalisa Perez was pregnant with their second child at the time of the incident.

The couple had created a YouTube channel just months before and had already posted small stunts, pranks and other videos. They had gained a few thousand subscribers but were looking to go viral with a big stunt.

In December, it was revealed that there was a plea agreement for the 180 days in jail. Norman County Attorney James Bruce said at the time that he had met with some of Ruiz’s family members and that they were in support of the plea agreement.

Reports say that the sentence also includes a ban that prevents Monalisa from making any money from the video. She has also received a ban from possessing a firearm.