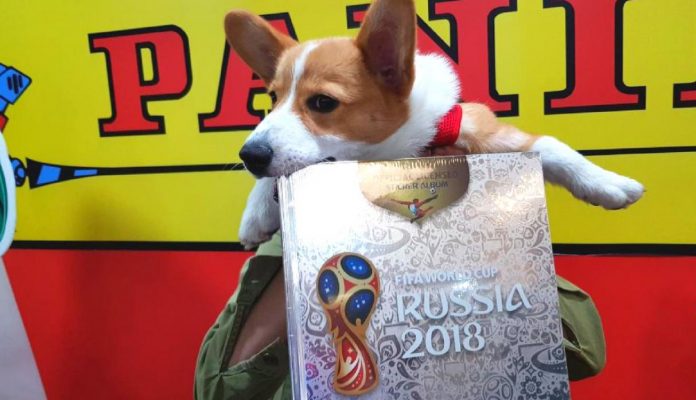 Many football fans are currently trying to complete a Panini World Cup album. The task isn’t easy as the album has nearly 700 stickers. The task gets a lot more difficult when your dog eats your album. That’s what happened to Cristina Vales, who tweeted the story of how her album was destroyed by her dog.

Cristina wrote on Twitter that her dog Yoda had eaten her World Cup album when she had less than 30 stickers to collect. Cristina also shared a few pictures of the destruction that her dog left on the album. She added on her tweet that she would buy another one because she has been collecting them since 1994.

The tweet, posted on June 20, caught the attention of thousands of people. It currently has over 3,000 likes and 1,500 replies. She told local media in a phone interview that her dog Yoda, a Corgi puppy, looked like he wanted to bite the album from the start. She said she placed the album in a place where Yoda couldn’t reach it and put her laptop on top of it so he wouldn’t pull it out. She went to work and came back to the album in pieces.

Completing a Panini album not only takes time but also lots of money. There is a total of 682 stickers to collect and it is pretty much impossible not to get duplicates in the packs. Cristina had spent two months collecting the stickers and putting them in the album when her dog decided to destroy it. She had less than 30 stickers to go.

Her tweet caught the attention of many other World Cup album collectors. Several users offered to donate stickers and organize trading events so she could complete the album. The tweet also caught the attention of Panini, the company behind the popular albums. The album company offered to give her the entire collection if their tweet got 500 retweets. The retweets are now close to 800.

Cristina later posted a tweet thanking Panini Sport Mx for the collection and people for their support. The tweet included a few images with Yoda sitting close to the new album. Cristina has all the albums since the 1994 edition and also collects albums from the Harry Potter films.