Riley Reid is an award-winning fan favorite, adult film actress. She started her career in 2011 at the age of 19. She is still in the industry, winning awards, kicking butt, and taking names.

How Did Riley Reid make their money & wealth

Riley was born on July 9, 1991, in Miami Beach Florida. She moved around a lot with her parents and many siblings in high school. She was a solid student in high school. She has said that she took honors, college-level, and AP courses. When she graduated, she went on to college. She went to Florida International University to pursue a degree in psychology. Eventually, she wanted to become a teacher.

All of that kind of got put on the sideline when she got into a major car accident during the break in semesters her first year of university. In order to pay for the costs of buying a new car, and handling two petty theft charges, she decided to make money by becoming a stripper. She only lasted two months because she was too much of a self-described social butterfly. She would sit and talk with customers instead of dancing, and only make a little over $100 a night. Here’s a link to an interview where she explaining her life, and why she got into the business. It is very much not safe for work.

Before she left the strip club, she asked another girl for advice and it was suggested that she join the adult film industry. Riley liked the idea but didn’t know where to start. She shot her first video with the famous production company BangBros. She was 19 at the time. She said in interviews that she loves the industry, and has no regrets about getting involved.

In one of her interviews, Riley has said that she would make a terrible girlfriend because she would always cheat on her boyfriends. There are some new videos that claim that she has a current beau, but it’s unclear whether it is her actual boyfriend or just the title of the video.

How much money do they make per month?

The popular adult film actress makes about $25,000 a month by making new videos and selling merchandise on her website. 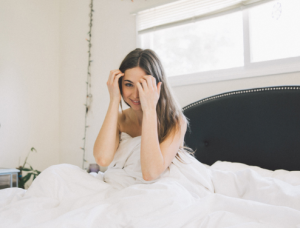 In 2015, Riley was featured in an article on thehundreds.com by Roger Kisby. In it, he went to her house and took a bunch of fun, artsy photos of her in her natural habitat. Her dining room is gorgeous with antique wood cabinets set in a brick wall. Her bathroom has white walls and red tile. It looks like she has a comfy king size bed in her bedroom, with string lights displayed over it. The link to the article is here but click at your own risk as it does contain adult content. 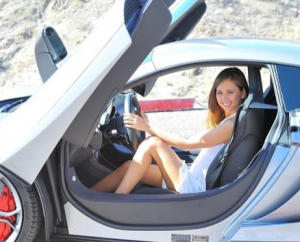 It is not known what kind of car Riley Reid drives. She has shot scenes in cars, most notably a gorgeous silver sports car, pictured here.

Riley supports charity in an unexpected way. She participates in a program called Hump the Bundle, which supports charitable organizations by selling pornographic photos and videos. As the website states, and had been difficult to find charities who are willing to accept money from an adult studio, but there were “a few brave charities who are scared of missing their Holy Rollers by getting into bed with us.” The site didn’t list a particular charity, instead stating that once the run was over, they would send a check to the charity of their choice.

She is an award-winning adult film actress. Since the start of her career in 2013, Riley has 114 AVN awards, one NightMoves awards, and 8 XBIZ awards. The AVN awards included things such as Best Female Performer of the Year, Social Media Star (fan award), and Favorite Female Performer (fan award). She won many fan awards over the course of her time in the adult industry, making her a fan favorite. Riley has also been nominated for an impressive total of 58 awards, but unfortunately, you can’t win them all.