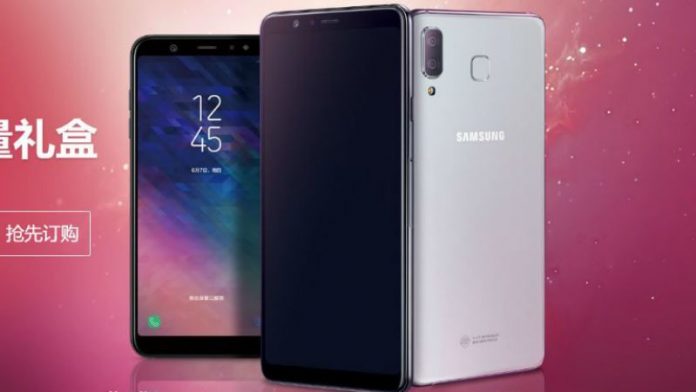 Galaxy A9 Star and A9 Star Lite Specs

The Galaxy A9 has a 6.3-inch Super AMOLED Infinity Display and it is powered by a Qualcomm Snapdragon 660 processor. The smartphone has 4GB of RAM and 64GB of storage. There is a dual camera setup on the back with 24MP and 16MP sensors while on the front there is a 24MP camera. The phone has a 3,700 mAh battery and comes with Android 8.0.

The Galaxy A9 Star Lite is a bit smaller with a 6-inch Super AMOLED Infinity Display. There is a major difference on the hardware though as the phone is powered by a Snapdragon 450 processor. The phone has 4GB of RAM and 64GB of storage. The dual camera setup of this phone is 16MP and 5MP while the front camera is 24MP. The phone has a 3,500 mAh battery and comes with Android 8.0.

The phones are currently available for pre-order and will go on sale in China on June 15. The company has not revealed if this device will be released outside of China.

The Galaxy A9 Star and A9 Star Lite are the latest mid-range smartphones by the company. Earlier this year, the company released the Galaxy A8 and A8+, two phones that are cheaper than the Galaxy S8. Last month, the company announced the Galaxy S Light Luxury. The new device looks exactly like the Galaxy S8 but it is a little bit cheaper. The phone has only been announced for China and Samsung hasn’t said if it will be available somewhere else in the future.