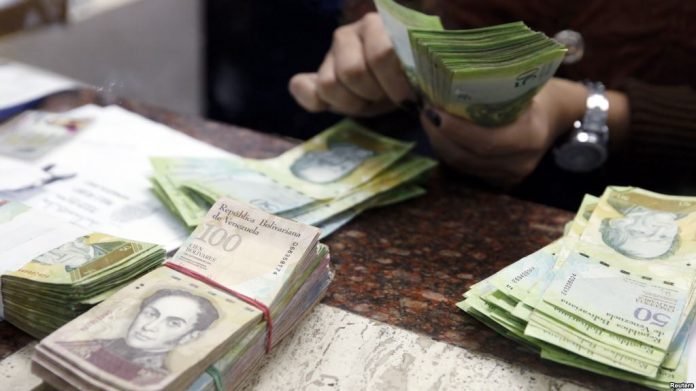 The opposition-led National Assembly has revealed that the inflation in Venezuela has hit nearly 24,600 percent in 12 months. The numbers, which were revealed just a few hours ago, come at a time in which inflation is at a record level for the South American nation.

The inflation numbers are provided by the National Assembly since the country’s Central Bank has not published data for years. Their numbers are close to what experts have estimated.

The Venezuelan government has increased the minimum salary several times to keep up with the inflation. A minimum salary is now less than $2 when calculated with the black market exchange, which is the one used by Venezuelans since they don’t have access to the official exchange.

The Venezuelan government blames many of the country’s problems on the sanctions and what they call an economic war from the US and allies. The opposition blames the inflation on the currency controls, which were set up by former president Hugo Chavez.

The currency controls give only the government access to dollars. Years ago, the population had the chance to apply for dollars to buy products outside of the country or travel. That was removed as the situation got worse. The situation has already forced many to flee the country and that is expected to continue as the economic crisis appears to have no end.

The inflation is going up so fast that prices change every day or in a matter of hours. In early May, Nicolas Maduro announced that he was almost doubling the minimum wage. The increase is one of several that the government has announced in 2018 but the salaries continue to fall very short.