What Happened to Michael Moloney from Extreme Makeovers? – 2018 Update 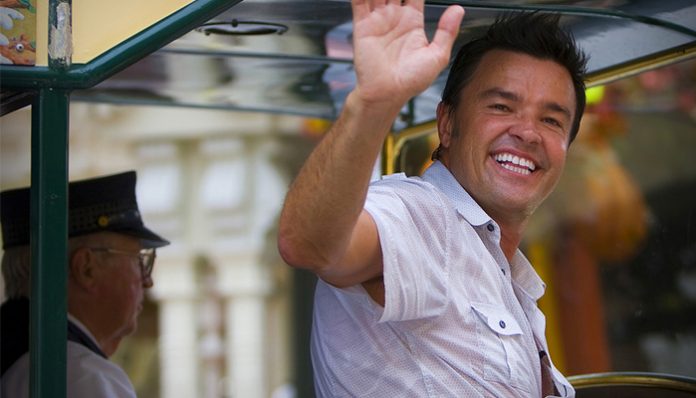 A television personality, Michael Moloney is perhaps best known for his appearances on the popular reality series, Extreme Makeover: Home Edition. The show’s designated interior designer, he was introduced in the first season, which premiered on ABC in 2003. By the time the series wrapped up in 2012, he had been designing for close to ten years.

What has he been up to since? Since the end of Extreme Makeover, has he appeared in any other TV programs? If so, which ones? If you’re a fan of the designer, be sure to stick around- you might just find the answers that you’re looking for below.

In late 2011, it was announced by ABC that Extreme Makeover: Home Edition would not be receiving the tenth season; instead, it would be ending its run in January 2012. As for Maloney, he made his final appearance in an episode titled, Gibbs Family Part 2, which aired on January 6, 2012.

Responsible for his rise to fame, the reality show had garnered him a significant amount of attention during its run. Following its end, Moloney appeared in a few TV programs such as The Great Halloween Fright Fight, Hollywood Uncensored with Sam Rubin and Good Day L.A. At one point in 2013-14, he even served as one of the judges on The Great Christmas Light Fight, a holiday-themed reality show. In fact, it’s it’s the last appearance that he made on television, according to IMDb. That’s right, Moloney hasn’t appeared on the small screen since 2014. Unfortunately, it’s anyone’s guess as to whether or not he will be returning to TV in the near future.

So, what has he been up to since? As far as we can tell, he has been busy with his own home decorating business. In fact, he even launched his own line of furniture, which is largely inspired by what he’s worked on Extreme Home Makeover. Debuted in 2016, the inaugural collection is said to combine his love for traveling with “a rustic, yet modern beach-inspired feel.” For more on his line of furniture, you can visit it’s official Facebook page here.

As far as other things go, he has also been a participant in the Dream Home campaigns since 2016. A “Design Ambassador,” he has successfully driven up ticket sales in the past years- and 2018 is no exception. In fact, to promote the event, he recently stopped by St. Jude himself earlier this spring.

Other than that, Moloney has mostly been out of the spotlight lately. Having said that, you can easily connect with the Extreme Makeover star by following him on social media- for instance, you can find the designer on Twitter at @michaelmoloney1 and on Instagram at @michaelmoloneyofficial.

Other than the fact that he was born in Palos Verdes, California, not much is known about Michael Moloney’s childhood. What we do know, however, is that he spent a decade in the fashion industry, before getting involved with interior design in the mid-90’s. A few years after opening up Le Garage, a home-design store in Redondo Beach, he founded the more upscale Maison Luxe in Manhattan Beach. Successful businesses, his clientele included big names such as Candace Bergen and Goldie Hawk, among others.

With his good looks and innate charm, he eventually landed himself a few television gigs. Some of his early TV credits include Clean House, Next Door with Katie Brown and Designers’ Challenge. After a few years of making minor appearances, he was cast in ABC’s reality series, Extreme Makeover: Home Edition in 2003. A big break for the designer, he quickly shot to fame in the show.

Hosted by Ty Pennington, Extreme Makeover: Home Edition provided home improvements for community schools and less fortunate families across the country. A big hit, the first season had drawn in over 10.6 million viewers in the United States. In addition to Moloney and Pennington, the main cast also included Paul DiMeo, Paige Hemmis, All Ghadban, and Daniel Kucan, among many others.

Extremely successful, the series ended up continuing for nine seasons from 2003 to 2012. By the time it was on its ninth season, ABC had announced that the network would not be renewing it for a new season’ instead, it would end its run in January 2012 (though it would later continue to air as a special). To this day, it remains to be Maloney’s best-remembered television appearance.

Since the end of the show, the designer has made a few scattered appearances on television in programs such as Hollywood Uncensored with Sam Rubin, Good Day L.A., and The Great Halloween Fright Fight. In 2014, he also served as one of the judges on the reality game show, The Great Christmas Light Fight.

As far as we can tell, however, he has not appeared on the small screen since. Considering this, it’s probably fair to assume that he’s been busy with his various business ventures instead.