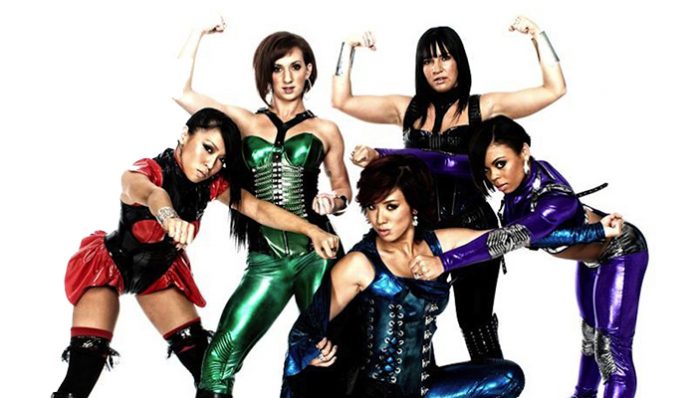 An all-girl dance crew, We Are Heroes rose to fame after winning MTV’s reality series, America’s Best Dance Crew in 2009. Noted for their popping, waacking, tutting, and locking styles of dance, they became the first female group to win the competition.

Since then, many years have passed- what are the girls up to nowadays? Are they still performing together? If so, do they have any shows planned for the near future? We’ll be addressing these questions below, so be sure to stick around if it’s something that you’re curious about!

What Happened to We Are Heroes? 2018 Recent Update

As the winners of the fourth season of America’s Best Dance Crew, We Are Heroes received a cash prize of $100,000, as well as a Golden B-Boy Trophy. Shortly afterward, they were invited to perform on a number of popular TV programs such as The Ellen Degeneres Show, and The Oprah Winfrey Show. At one point, they even danced for Rihanna on the MTV variety show, It’s On with Alexa Chung.

A year after winning the competition, they were also invited to return for a dance crew special. Not only did they perform to The Black Eyed Peas’ Rock That Body at the event, but they also collaborated with other winners such as JabbaWockeeZ, Poreotix, Super Cr3w, and Quest Crew. In 2011, they also performed with four other champions in the American’s Best Dance Crew Season Six Finale.

In terms of other television appearances, the group as a whole has also appeared in a TV commercial for the video game, Michael Jackson: The Experience.

As far as whether or not they’re still performing together- though they haven’t officially disbanded, it would seem that they haven’t been that active in the recent years. For one thing, their official website is no longer active.

Considering that, let’s take a look at what the individual members have been up to lately:

What Happened to Hiroka McRae aka “Hiro”?

A year after winning America’s Best Dance Crew with the group, Hiroka auditioned for the eighth season of Fox’s dance competition show, So You Think You Can Dance. Despite having made it through the auditions, however, she ultimately did not advance to the Top 20.

What Happened to Mami Kanemitsu?

In 2010, Mami was featured in Tiesto’s music video C’mon (Catch ‘Em by Surprise) alongside fellow member, Marie Poppins. Incredibly popular, the MV has since exceeded 18 million views on YouTube.

A year after their big win, Riquel was invited onto the fifth season of America’s Best Dance Crew, where she demonstrated the New Orleans Bounce. According to her official website, she has since opened up her own dance studio in North Hollywood, California. You can visit her site here.

What Happened to Nichelle Thrower?

Sometime after the group’s win, Nichelle was featured in a Reebok commercial. As far as we know, she has since left We Are Heroes.

What Happened to Alison Iannucci aka “Ali”?

Other than the fact that she’s since left the group, not much is known about Ali’s recent activities.

About We Are Heroes

Based in Los Angeles, We Are Heroes was formed in 2009. A group of five girls, they all hailed from different parts of the globe- to be specific, Mami and Hiroka are from Japan, while Riquel is from Idaho, Nichelle is from California, and Alison is from New York.

In 2009, they decided to try their luck on the fourth season of MTV’s America’s Best Dance Crew. Representing the West Coast, We Are Heroes ultimately earned themselves a coveted spot in the competition after a successful audition in LA. Some of their fellow competitors included the Massive Monkees, Artistry in Motion, Beat Ya Feet Kings and Vogue Evolution, to name a few.

After several weeks of challenges, We Are Heroes was announced as one of the finalists; some of the other groups that made it to the Live Finale included Artistry in Motion, Vogue Evolution, and Rhythm City. For their final performances, the girls performed to DJ Class’ I’m The Ish and to The Black Eyed Peas’ I Gotta Feeling.

From there, they were eventually crowned as the champions. As the winners of the competition, they received a cash prize of $100,000 as well as a Golden B-Boy Trophy. Two days after winning, they were invited to perform their VMA Challenge Routine on The Ellen Degeneres Show.

Over the next year, the group was invited onto a number of other shows such as The Oprah Winfrey Show, and It’s On with Alexa Chung. In fact, they were invited to the season six finale of America’s Best Dance Crew in 2011.

Having said that, it would appear that the group’s activities have since slowed down in the recent years. Considering that, we can only assume that the members are currently busy with their own projects.