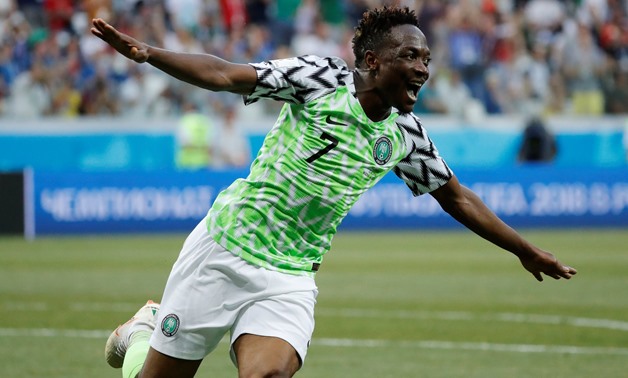 Half of the matches of the World Cup 2018 have been played and the surprises have continued. The favorites have not looked as strong and there are groups in which all teams still have the chance to advance to the next round. Matchday 2 began on June 19 and it will soon be complete. Here are the results, upcoming matches and more:

Russia began matchday 2 with a solid win over Egypt. The hosts were coming off a big win against Saudi Arabia in the opening game. The second win gave the hosts a spot in the second round. Egypt was eliminated from the tournament with the loss against Russia.

Portugal continued its solid run in the tournament with a 1 – 0 victory against Morocco. The Euro 2016 champions took the lead early with a goal from Cristiano Ronaldo, who has scored four times in two games. Morocco lost its first and second game, leaving them with no chances to advance to the next round. The two spots of the group will be decided in matchday 3. Portugal and Spain have four points while Iran has three.

Uruguay left with another 1 – 0 victory, this time against Saudi Arabia. The South American team has secured its spot into the next round with six points. Saudi Arabia lost its first two games and was eliminated from the tournament.

Spain left with the three points against Iran in a very close match. The result did not advance Spain into the next round since the previous match was a draw against Portugal. Iran also has three points, which means everything will be decided on matchday 3.

Denmark nearly secured its spot into the next round with a draw against Australia. Their next match will be against France, a team that has already secured a spot in the second round. Australia will be facing Peru, which was eliminated from the tournament after losing to France.

France took the three points against Peru with a 1 – 0 victory. Peru was eliminated from the tournament with this result. The South American team had its chances and a draw would have kept their hopes alive. 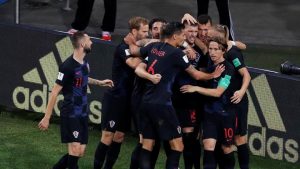 One of the most surprising results came in the match between Croatia and Argentina. Croatia was coming off a victory while Argentina needed a win to get closer to the next round. Croatia took the lead after an error from the goalkeeper and things would get worse for the two time World Cup champions. Modric made it 2 – 0 with an amazing goal and then a counter attack made it 3 – 0.

Brazil took the three points with a 2 – 0 victory against Costa Rica. The five time World Cup champions were coming off a disappointing draw against Switzerland. Brazil’s next match will be against Serbia.

Nigeria kept its second round hopes alive with a 2 – 0 victory against Iceland. The win also keeps Argentina alive. Nigeria’s next opponent is Argentina, which needs the three points and several goals to advance. Nigeria needs at least a draw and for Croatia not to lose against Iceland.

Serbia had a good chance to advance into the next round but Switzerland came back and won the game late. The result leaves Brazil, Switzerland and Serbia in the battle for the two spots.

Belgium secured a spot into the next round with a solid 5 – 2 victory against Tunisia. Belgium has now scored eight goals in the 2018 World Cup. Their next game will be against England while Panama will play Tunisia.

Mexico’s great run in the 2018 World Cup continued with a 2 – 1 win against South Korea. Mexico will play Sweden in matchday 3. South Korea was eliminated from the tournament with this result.

Germany and Sweden are currently 1 – 1 late in the game. Boateng was red carded just minutes ago, so it is not looking good for the 2014 World Cup Champions.

Update: Germany has won the game 2 – 1 after a last second free kick goal from Kroos.

Matchday 2 has three matches left, England vs. Panama, Japan vs. Senegal and Colombia vs. Poland.

England would secure a spot in the next round with a win against Panama. Panama would get right back in the race with a win in this game.

Poland vs. Colombia is the total opposite of Japan vs. Senegal. Poland and Colombia both lost their opening games and need at least a draw to stay alive.

Matchday 3 will start on June 25 with four matches, Saudi Arabia vs. Egypt, Uruguay vs. Russia, Portugal vs. Iran and Morocco vs. Spain.