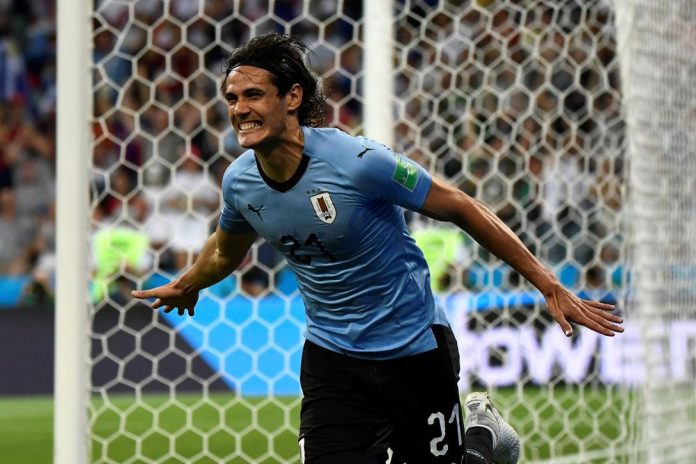 France and Argentina kicked off the Round of 16 with a high scoring match. France took the

lead early after a penalty taken by Antoine Griezmann. Argentina would bounce back less than 30 minutes later with an amazing goal from Di Maria. Argentina then took the lead with a goal from Mercado but less than ten minutes went by before France was back on the scoreboard with a beautiful goal from Pavard. A few minutes later, Mbappe scored two goals to give France a huge lead late in the game. Aguero scored the third for Argentina with just a minute to go.

Uruguay and Portugal played in the second match of the Round of 16. Uruguay took the lead early in the game with a goal from Cavani. Portugal later responded with a goal from Pepe but Uruguay took the lead once again with another goal from Cavani. The PSG striker was substituted late in the game with an injury but Uruguay stopped all the attacks from Portugal and won their ticket into the next round. They will now play France in the quarter-finals.

Russia will be playing against the 2010 World Cup champions in Sunday’s first match of the Round of 16. Russia began the World Cup with two big wins, sealing their ticket into the next round early in the tournament. The hosts are coming off a loss against Uruguay in the third game of the group stage. Spain finished first in the group after draws against Portugal and Morocco and a win against Iran.

Croatia and Denmark will be playing in the fourth match of the Round of 16. Croatia was perfect in the group stage with three wins. Denmark finished second in its group with two draws and one win.

Brazil and Mexico will play in the first match on Monday. Mexico’s World Cup has been a roller coaster so far, beginning with a huge victory against Germany and then almost ending in elimination in the third game of the group stage. Brazil began the tournament with a 1 – 1 draw against Switzerland but then bounced back with two wins against Costa Rica and Serbia.

Belgium had a perfect group stage with three wins and nine goals scored. Japan started the tournament with a huge win against Colombia but would then draw against Senegal and lose against Poland. Japan and Senegal ended the group stage with four points but Japan advanced on a yellow card tiebreaker.

Colombia will be facing England in the last match of the Round of 16. The South American team bounced back from a shocking loss against Japan in the first game to take first in the group. England is coming off an 0 – 1 loss against Belgium.

Colombia’s star midfielder James Rodriguez missed practice with a leg problem, putting him in doubt for the match against England. Rodriguez did not start in the first group stage game against Japan.

Roberto Martinez has confirmed that Belgium striker Romelu Lukaku is fit to face Japan. The Manchester United star had an ankle injury but Martinez said he is fully fit.

Morocco, which was recently fined by FIFA over a series of incidents, made a complaint over what it said were refereeing errors in the matches against Spain and Portugal. The federation complained of serious referee errors and the VAR technology. The president of the federation listed three incidents during the Portugal match. One of them was the goal from Ronaldo, which they say should not have counted since Portugal made a foul during the play.

The Round of 16 is back tomorrow with matches between Russia – Spain and Denmark – Croatia.