Xiaomi Mi 8 Sells Out In Less Than Two Minutes 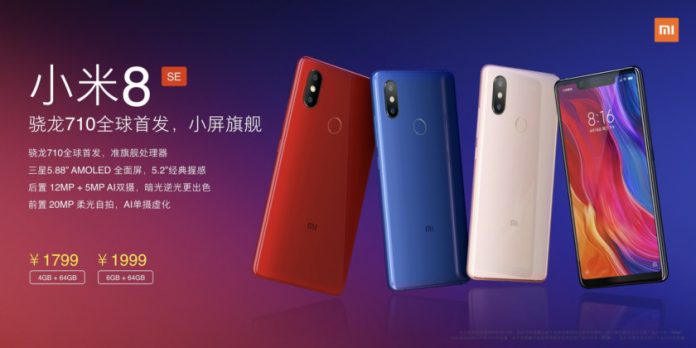 The Xiaomi Mi 8 went on sale in China just a few hours ago but many will have to wait for the next sale as the first one was over very fast. How fast? Well, a Xiaomi official has confirmed to MyDrivers that the phone was out of stock in a little over a minute.

The sale began at 10 a.m. and it was over in less than two minutes. Sales being over in just a few minutes has become something very common for Xiaomi releases. In recent years, the company has sold out its Mi Mix smartphones in record times. Last year, reports revealed that the Mi Mix 2 had sold out in 58 seconds in its first sale.

The Mi Mix 2 sale time was impressive but nowhere near as impressive as the first Mi Mix, which sold out in just ten seconds during its first sale. The ten seconds were a new record for the company. The previous record was held by the Mi Note 2.

Xiaomi did not reveal how many units were on sale but it’s been confirmed that the next sale will happen on June 12 at the same time as the first one. Gadgets 360 reports that registrations for that sale have already begun on the company’s official website.

Xiaomi announced its new flagship smartphones a week ago. There are three versions of this smartphone, the Mi 8, Explorer Edition and SE. The most expensive of the three is the Explorer Edition, which has a few extra features.

The Explorer Edition has an in-display fingerprint scanner and also 3D face unlock technology. The phone also has a transparent design, which is a rare option among smartphones today. The smartphone has a price of CNY 3,699 ($577) but Xiaomi has not given any details on its release date.

The company also announced a much cheaper option called Mi 8 SE. The smartphone does not bring some of the top features from the Explorer Edition but it costs nearly $300 less. The phone is the first to feature a Snapdragon 710 processor and its display is just a bit smaller than the other two. The price of the Mi 8 SE is CNY 1,799 ($280).