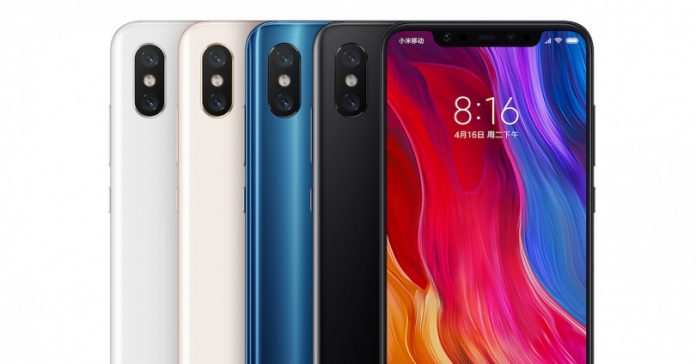 Xiaomi has announced the Mi 8, revealing that there is not one, not two but three variants of the smartphone. The Chinese smartphone maker has decided to skip a number and go straight to the Mi 8 instead of the Mi 7. Here is everything you need to know about the three smartphones:

The company has decided to go straight to the Mi 8 to celebrate its 8th anniversary in the smartphone market. The Mi 8, one of three editions announced by the company, has a 6.12-inch display, face unlock technology and a fingerprint scanner on the back. The phone is powered by a Snapdragon 845 processor, which is found on some premium phones today. There are 12MP dual rear cameras and a 20MP front camera.

We thought the company would maybe release this phone plus a much bigger version but Xiaomi has taken the release to another level by bringing the Explorer Edition and SE as well.

The Mi 8 Explorer Edition is the most expensive out of the three but the smartphone has some features that make it an interesting option. The limited edition smartphone is equipped with an in-display fingerprint sensor. The impressive features don’t end there as the smartphone also has 3D face unlock, a first for an Android smartphone.

The company has also decided to release a more affordable option for those who don’t want to spend over $400 on a smartphone. The Mi 8 SE comes with a 5.88-inch display and is a little smaller than the other two. The smartphone is the first to run Qualcomm’s Snapdragon 710 processor.