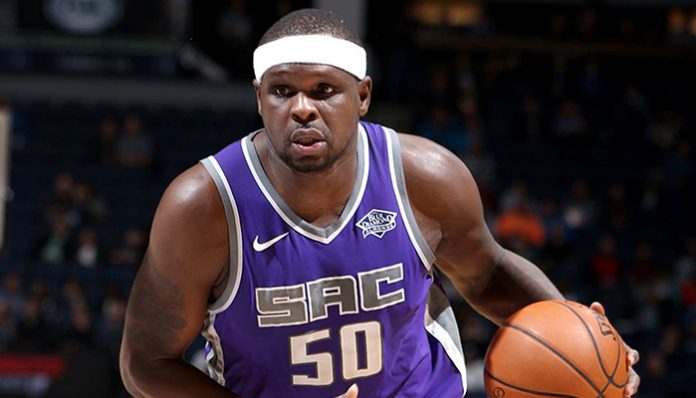 A professional basketball player, Zach Randolph has been playing for the Sacramento Kings since 2017. Drafted into the NBA at the age of twenty, he has been enjoying a successful career on the court since. Not only did he win the NBA Most Improved Player award, but he also made it to the NBA All-Star team twice in the past.

Prior to joining the Sacramento Kings, he played for several other teams including the Memphis Grizzlies, Los Angeles Clippers, New York Knicks, and Portland Trail Blazers, the last of whom he launched his NBA career with.

How much is he paid as a veteran basketball player? How much is his contract with the Sacramento Kings worth? How wealthy is the 36-year-old today? According to various online sites, Zach Randolph’s current net worth stands at an approximate $65 million. Where did he earn the bulk of this amount from? We’ll be exploring this question down below- stick around if you’re curious!

How did Zach Randolph Make His Money & Wealth?

Born on July 16, 1981, in Indiana, Zach Randolph grew up in the city of Marion, where he developed an interest for basketball at a young age. A student at Marion High School as a teen, he helped the Marion Giants win the Indiana Championships during his sophomore year. By the time he was a senior, he had led them to the State Championship Game, where they were successful in winning the title.

After graduating, he went and played for Michigan State University. Within a year, he was drafted by the Portland Trail Blazers in 2001. A power forward, his display of skills eventually earned him the NBA Most Improved Player Award in 2004; that same year, he signed an $84 million multi-year deal with the Blazers.

In 2007, he was traded to the New York Knicks, with whom he played for a year. From there, he joined the Los Angeles Clippers during the 2008-09 season; during this time with the team, he scored an average of 20.9 points.

Afterward, he was traded to the Memphis Grizzlies in 2009. Selected for the 2010 NBA All-Star Game, he ultimately led the team to the playoffs in 2011. Around that same time, he signed a four-year extension, which was worth an alleged $71 million. Following that, he was chosen for the All-NBA Third Team for the first time in his professional basketball career.

By the time Randolph left the Grizzlies in 2017, they had already won against numerous opponents including the Oklahoma City Thunder, New Orleans Pelicans, and Philadelphia 76ers, among several others.

Currently, he plays for the Sacramento Kings. After leaving the Grizzlies, he had signed a two-year, $24 contract with the team on July 10, 2017. Since then, they’ve won against both the New Orleans Pelicans and the Brooklyn Nets.

As you can probably expect from an NBA star, Randolph has also worked with a number of companies throughout his career. In fact, it’s said that he earns $500,000 a year from brand endorsements alone.

Yes, he has been married to his wife Faune Drake since 2014.

Does Zach Randolph Have Any Children?

Did Zach Randolph Go to College?

Yes, he went to Michigan State University after high school. Following his freshman season, he was entered into the 2001 NBA draft, during which he was selected by the Portland Trailer Blazers, with whom he launched his professional career.

What is Zach Randolph Famous For?

Throughout his career, he has played for a handful of teams including the Los Angeles Clippers, Portland Trail Blazers, New York Knicks, Sacramento Kings, and Memphis Grizzlies.

When he isn’t traveling for his games, he resides with his family in Memphis, Tennessee. We do not have any further details at this time.

What Kind of Car Does Zach Randolph Drive?

We do not have any information on Zach Randolph’s vehicle at this time.

How Much Money Did Zach Randolph Make Last Year?

Information on Zach Randolph’s 2017 earnings is not available.

As mentioned earlier, Zach Randolph recently signed a two-year deal with the Sacramento Kings on July 10, 2017. Since then, he has helped the team win against both the Brooklyn Nets and the New Orleans Pelicans.

What’s the NBA player up to nowadays? If you’re a fan, why not keep up with his activities on social media? Zach Randolph is active on both Twitter and Instagram at @MacBo50. On Facebook, you can also show your support on his official fan page here.

For the latest updates and announcements, you can visit his official website.