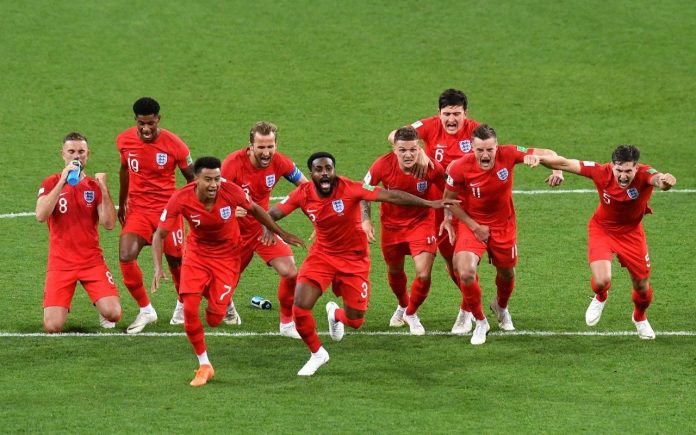 The surprises of the 2018 World Cup began right away with host Russia kicking off the tournament with a huge victory against Saudi Arabia. Russia came into the tournament 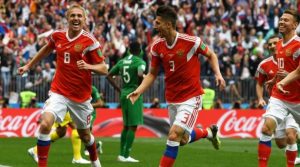 with doubts on how far they would go. Some even doubted that the hosts would get past the group stage.

Russia silenced the doubts with victories against Saudi Arabia and Egypt. There was a loss against Uruguay in the last game of the group stage but Russia continued its great run by eliminating the 2010 World Cup champions Spain in the knockout stage. Russia was eliminated against Croatia today but the game went all the way to penalty kicks.

Russia as a team was a surprise but there was one name that helped fuel that run. Denis Cheryshev, who came off the bench to score two goals in the first game of the group stage, kicked off the game against Croatia today with a goal that many have as the best of the tournament. It was his fourth goal of the tournament, putting him among the top scorers.

The 2018 World Cup has seen many disappointments, especially from some of the 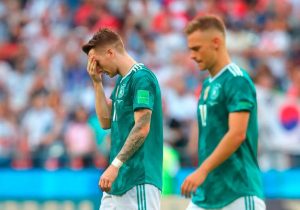 favorites. Germany, a team that dominated the 2014 World Cup, had a very slow start to this year’s tournament. The defending champions were defeated by Mexico in the first game. In the second game, things appeared to be going the same way until Kroos scored a last second goal. It was a shocking loss for Sweden that kept nearly all teams in the group alive. Germany had one last chance to make it to the knockout stage but suffered a shocking defeat to South Korea in the last game of the group stage.

Speaking of favorites that disappointed, Argentina, which faced Germany in the 2014 World Cup final, struggled throughout the tournament. The first game was a draw against Iceland and the second game ended in a shocking 0 – 3 loss against Croatia. Argentina depended on other results and a win against Nigeria and they got it. The second place finish put them against France in the knockout stage. Argentina appeared to have a chance until Mbappe changed the game with quick goals. Argentina responded with a late goal from Aguero but it was not enough to keep the two time World Cup champions in the tournament.

Spain arrived to the tournament as one of the favorites but with a few questions after a last second manager change. The 2010 World Cup champions left with a draw against Portugal after a huge game from Cristiano Ronaldo. Spain advanced into the knockout stage after finishing at the top of the group but was taken to penalty kicks by Russia, which left with the surprising victory. 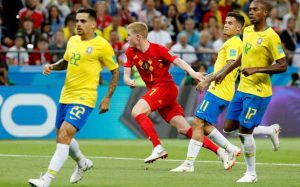 Brazil also arrived as one of the favorites but they got off to a slow start. The first game was a draw and the other games did not show the Brazil that impressed during the World Cup qualifiers. Brazil advanced to the knockout stage and eliminated Mexico. Their next challenge was Belgium, one of the highest scoring teams at the World Cup. Belgium began the game with a 2 – 0 lead but Brazil would bounce back late in the second half with a goal. The five time World Cup champions pushed and pushed for a second goal but Belgium defended well and earned a spot in the semi-finals.

France will face Belgium on Tuesday, July 10. Croatia will go up against England on Wednesday, July 11. The third place match will happen on Saturday, July 14. The final will be played on Sunday, July 15.

Who did we miss on this list? Which team do you think will win the 2018 World Cup? Let us know in the comments.