Last generation consoles are really really old now but there are some who are still playing on them. The Xbox 360 and PS3 were the must have consoles from 2005 through 2012 but for some, the consoles ended up costing them more than just a few hundred dollars. At the time, there were these issues known as the RROD (red ring of death) and YLOD (yellow light of death). The red light was for the Xbox 360 and the yellow was for the PS3. They were displayed when there was some hardware failure in the console. The issue usually happened when the solder between the motherboard and processors cracked or melted. 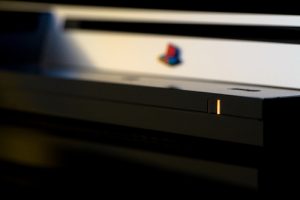 The RROD and YLOD issue affected thousands of consoles, with many of them becoming useless since they would shut off in seconds. Many of the consoles were also out of warranty, which led to crazy temporary fixes from those who wanted to keep playing. Here are four of those crazy temporary fixes:

One of the earliest fixes for the RROD involved wrapping a towel around the console. So many videos with the towel trick appeared on the internet. The trick appeared to work for some, at least for a few minutes or days.

Opening The Console Yourself

Many of the consoles with this issue were already out of warranty so many decided to watch tutorials or read guides on how to fix the YLOD or RROD themselves. Most of the guides required a few things, including a heat gun to heat up the area that cracked or melted. The process is far from easy as you have to be careful when opening the console. Most of the guides are also for a temporary fix since the console overheats the parts again.

The Xbox 360 has the towel trick while the PS3 has the hair dryer trick. Several videos of people using a hair dryer to heat up the console are on the internet. In the videos, people put a hair dryer in the vent of the PS3 to heat it up. This is another crazy fix that can damage your PS3 completely if you’re not careful. It is better to take it to a repair shop that knows how to fix it.

The hair dryer trick sounds crazy but a few others went a little bit further by placing the inside of the PS3 in an oven. This is supposed to do the same as the hair dryer but give it a bit more heat, making the console work longer.

We recommend taking the broken consoles to a repair shop that knows what they’re doing. Most of them also have the equipment to permanently fix the console.