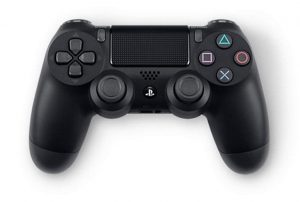 In February, Sony released one of its biggest updates, adding not only extra parental controls but also custom wallpapers. Before this, users had just two options when it came to wallpapers, downloading a theme from the PS Store or using the default theme from the console. The custom wallpaper option allows you to choose a picture or screenshot taken automatically after a trophy unlock. The picture can be used as your PS4’s background. The only bad part is that it cannot be used with the icons from a theme you have downloaded.

The PS4 had some settings when it came to parental controls but earlier this year, the company made an update to increase the options. The update added new parental controls that allow parents to choose different settings and select exactly how much time their kids can play. There are a few other settings in there but the time to play was an important addition as sometimes kids can spend a little too much time playing games on the console.

Many users simply just turn off their console after playing but the PS4 also has Rest Mode. The option allows you to put your PS4 on standby but with the internet still active or without it if you choose to turn that option off. The best part about Rest Mode is that it can download games so you can have them ready when you come back to the console.

When the PS4 debuted back in 2013, the only option users had to expand storage was to swap out the internal hard drive. Swapping it out is not a complicated process but the internal hard drives can be a little expensive. That changed in March of last year when Sony introduced external hard drive support, meaning you could buy an external hard drive and connect it to the PS4. This is a great feature, especially for those struggling with the 500GB PS4. 500GB was a lot back then but games are now taking a lot of space, forcing some to delete and install games every time they want to play.

The PS4 controller has a share button on the top left side. That button is very important for those who like taking screenshots or videos during a game. After pressing the button, you’ll be given a few options on what you want to do with what you just captured in the game. This is a great feature for those who like to post short videos on YouTube and other video sites.