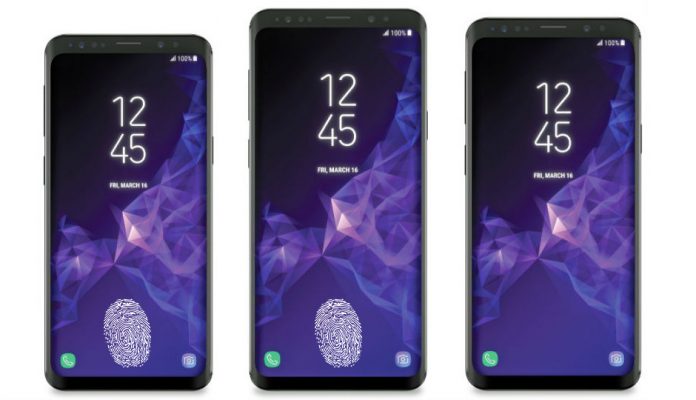 Samsung will release the Galaxy S10 some time next year but rumors have not stopped surfacing on its flagship device. New reports are saying that the company might finally include a feature that has been skipped in recent years.

The in-display fingerprint sensor is rumored to be part of the Galaxy S10, well at least for some of the variants. The lineup is said to be getting bigger next year, with one version coming with a 6.4-inch display.

The two biggest variants are said to be launching with this feature. Business Insider reports that the feature would allow users to unlock their smartphones by placing their finger on the screen. The feature has been rumored for other Samsung devices in the past.

All rumors are pointing to a much different device from Samsung in 2019. The Galaxy S series remained similar for 2017 and 2018. The Galaxy S10 has seen many rumors and leaks on its new features though. The in-display fingerprint sensor is among them.

A few weeks back, rumors began going around that the Galaxy S10 would bring triple cameras. Samsung has never featured three main cameras on a smartphone but rumors say the company is among the many interested in the feature. Huawei became the first earlier this year with the launch of its P20 Pro.

The Galaxy S10 is still some time away from its launch but it could be the next device to include all the awesome features that have been mentioned in the rumors. The Note 9 will likely be the next announcement from the company but that device is rumored to have small changes. The big changes are expected for 2019.

Speaking of the Note 9, Samsung Electronics CEO DJ Koh was recently spotted using a smartphone that looks a lot like the next device from the Note series. In the image, he is also using an S Pen, which is part of the popular series of phablets.

Are you excited for the Galaxy S10? Do you want to see an in-display fingerprint sensor and triple cameras on the S10? Let us know in the comments.