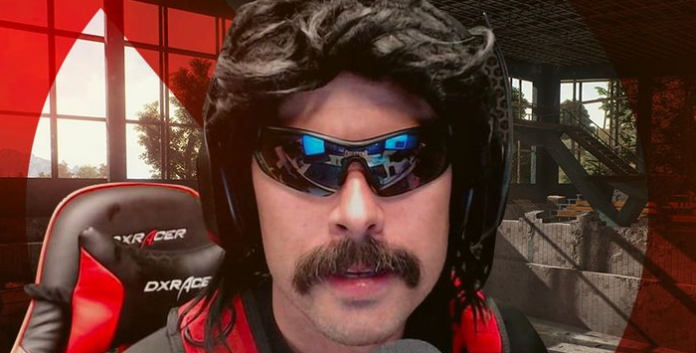 Guy Beahm, better known as Dr DisRespect, is a famous Twitch streamer and an online personality. Over the course of the last few years, Beahm turned his online persona into one of the biggest names in the gaming/streaming community. And once you reach those levels of popularity, the cash starts rolling in. So let us go and take a look at Dr DisRespects’s net worth and career.

Lots of sources are reporting Doc’s net worth at around a few hundred thousand dollars, which just seems wrong to me. And after doing some research, I figured out why. It’s plain wrong. If you scroll down, you’ll see the exact breakdown I came up with.

How Did Dr DisRespect Make His Money And Wealth?

But first, a bit of background.

Guy Beahm was born in 1982, and while he isn’t old by any means, he is much older than the average Twitch streamer. Not much is known about his private life, especially prior to him becoming famous. 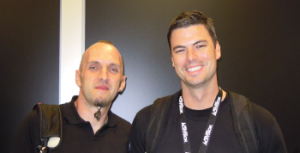 He created the Doctor when he was playing Halo 2’s multiplayer, and engaging other players both in the game and in the chat. The YouTube channel was created in 2010 but didn’t take off right away. In late 2011, Guy abandoned the channel for over five years.

At this time, he started working as a community manager of Sledgehammer Games. He was later promoted and took the role of a level designer for many of Call of Duty: Advanced Warfare multiplayer maps.

Guy abandoned Sledgehammer to pursue streaming in late 2015. He returned to the Dr DisRespect persona and started his DrDisRespectLIVE Twitch channel.

March 21st, 2016. The date that would forever change Beahm’s life. He started streaming H1Z1: King of the Kill, one of the first battle-royal games as we know them today. The Doc immediately stood out because of his gameplay. He wasn’t only winning games – he was toying and making fun of his opponents while doing so. And he once again started talking smack, which appears to be favorite past time activity and became a symbol of his. 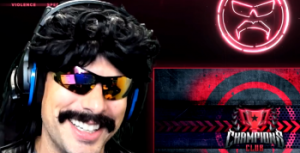 In early 2017, PUBG entered Early Access, and all the streamers started playing it. With the combination of PUBG, his skills, and his gimmicks, he became the face of Twitch in just a few short months. His wig, glasses, and mustache became a synonym for the world of streaming.

At the end of the year, he was named the Streamer of the Year by the eSports.

However, just a month later, everything turned upside down for the Doc. He went live, as Guy Beahm, and admitted to his fans and followers that he was unfaithful to his wife and that he will be taking some time off to fix his mistakes.

In January of this year, he uploaded a teaser stating that he will return on February 5th. By that time, the hype surrounding his return went off the charts. His returned gathered close to 400,000 viewers. Of course, true to himself, he absolutely dominated and won the first game he played. During this stream, several people donated mind-boggling amounts of dollars to him, with hundreds of others donating the usual amounts. One fan even donated $5,000 to the Doc.

Guy has continued streaming since then and is still going strong at the time of writing this.

So, let us now finally answer the question…

How Much Money Does Dr DisRespect Make? 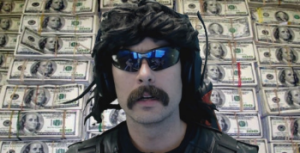 This obviously doesn’t include donations. They are really hard to estimate, but if you look around, you’ll see that Dr DisRespect gets hundreds of dollars in donations each time he streams (which is approximately 5 days a week).

His YouTube channel’s ad revenue also makes him a few thousand dollars per week, according to SocialBlade.

And to top it all off, there are of course all the sponsorships that we can’t even begin to speculate about.

To sum it all up, I’m estimating that Guy Beahm makes a comfortable living, earning somewhere around $100,000 a month. However, this stage of his popularity hasn’t lasted very long, so his net worth is only starting to grow. If he continues, he will be a multi-millionaire in no time, there’s no doubt about that.