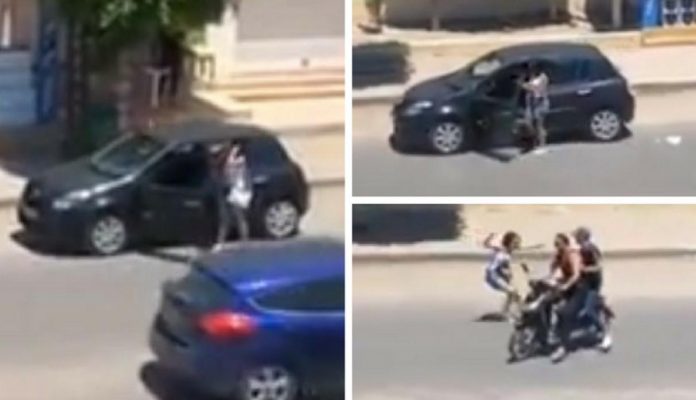 Authorities in several countries have started warning against the viral dance in which people step out of a moving car and dance to a song. The dance has gone viral but some people have already been injured in their attempts to do the challenge.

The Kiki challenge, which is also known as the In My Feelings Challenge, involves people stepping out of a car and dancing to Drake’s In My Feelings song. Hundreds of videos of people attempting the challenge have been posted online but some have not gone well.

In some videos, people have fell out of their cars or tripped on potholes while moving next to the car. The challenge went viral when comedian Shiggy made a post about it on Instagram. The post from Shiggy has received more than 700,000 likes.

Since his video, many people have decided to record their own. The challenge has even been attempted by some celebrities. Many of them have decided to skip the part where they step out of the car though.

The challenge has led to some incidents in which people have been injured. Police have seen a rise in those incidents the last few days and have started warning about the dangers of stepping out of a car and dancing while it’s moving.

Police Are Concerned After The Recent Incidents

The warnings have been made by several police departments around the world but some have continued attempting the challenge. In a recent incident, a man was hit by a car as he was dancing on the other side of the road. Another video shows a woman dancing next to her car and dropping her purse, which is then picked up and stolen by two men on a motorcycle. A video posted by Twitter user Barbara Kopylova shows her falling out of her car as she was attempting to step out and dance.