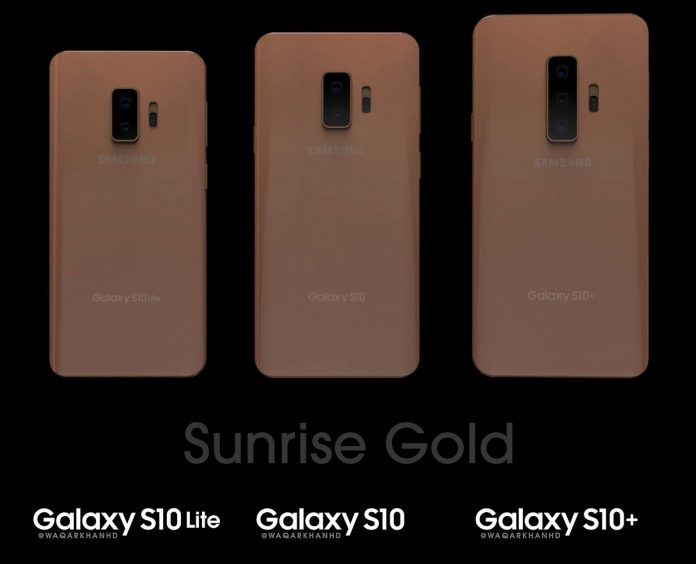 The Samsung Galaxy S10 is still months away from its debut but it is always fun to look at the renders that are surfacing. The latest renders take all the rumors and leaks and give us a look at how the devices might look once they are released next year.

The images, authored by designer Waqar Khan, include the three versions of the smartphone that are rumored to be debuting in 2019. There is a Lite, standard and Plus version in the images. Here is everything we can see from the latest renders:

The Galaxy S10 is rumored to be launching earlier than usual due to the debut of the Galaxy X. Its launch could happen in the first three months of the year. This year’s release, the Galaxy S9, arrived with similarities from the S8. The 2019 version is said to be arriving with major changes and while we can’t see most of them on the renders, the images are not something official from Samsung.