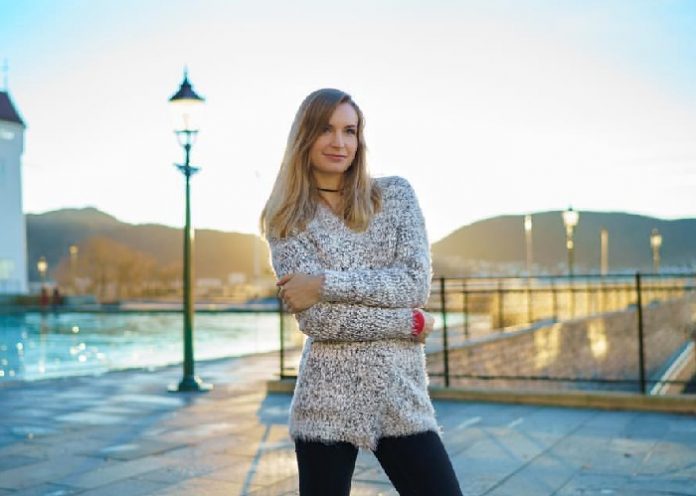 Sara Marie Lawler, or SaraBeautyCorner as she’s better known to her fans, is a Norwegian-based Youtuber who produces videos focused on beauty, lifestyle, DIY and nail art. Sara has exploded in popularity over the last year, and she’s created an online following of millions in just a few short years. SaraBeautyCorner isn’t one of those channels that pump out a new video every few days, instead, Sara concentrates on quality, not quantity, and it’s the high-production values of her videos that have helped her build such an impressive fan base.

Sara’s creative streak has now earned her a small fortune, and an ever-growing army of fans, but how did she begin sharing her creative talents on Youtube? And exactly how much does she earn from her work? Read on to find out.

How Did SaraBeautyCorner make her money & wealth?

Sara was born on December 25th, 1987, in Slovenia. Nothing is known about her early life, but what is known is that she moved to Bergen, Norway in about 2008, and began working in finance and insurance. Having followed a similar career path myself, I know that kind of employment isn’t exactly the most interesting environment for creative types, and in 2012 Sara found an outlet for her interests on Youtube.

She started the SaraBeautyCorner channel in October 2012, and uploaded her first video, ‘OMG! Not another beauty guru’ in January 2013. Sara’s first video was just a one-minute long intro with no commentary, but she followed that up with several makeup tutorials and fashion advice vlogs, and she quickly began to gain followers. The beauty and fashion corner of Youtube is a highly competitive one, but Sara’s videos appealed to millions, and it’s not hard to see why.

SaraBeautyCorner offers simple and easy-to-follow makeup tutorials for beginners, combined with a friendly feel and professional production values, and Sara also never asked viewers to ‘Like and Subscribe’ like most other Youtubers, but she has never needed to. Within a month or so, the view count for Sara’s videos had grown from a few thousand up to over 100,000 per video. She began making a few nail art videos, that proved not only that she had the kind of steady hands that a surgeon would be proud of, but that she had tapped into a lucrative market on Youtube.

Sara’s first big success came in May 2013, with a DIY tutorial on how to make a makeup brush, which was viewed over a million times within a week. From that point on she uploaded more DIY videos, and they all proved to be popular, usually gaining more than a million views. Sara’s videos were professional and polished, which gave her an edge over many amateur beauty channels. On one occasion she shared with her fans on Instagram that one video had taken over two months of work to create a minute and a half of ‘Perfection’, and the effort she put into her work saw her reach a million subscribers by early 2015.

SaraBeautyCorner uploaded more DIY tutorials, ‘DIY Room Decorating Ideas for Teenagers’ in Mar 2015 was viewed over 40 million times within a few months. It wasn’t just professional production values that helped Sara’s subscriber count grow so quickly. She blended that professionalism with easy-to-follow instructions that appealed to beginners and experienced make-up artists alike, and she incorporated quirky comedy sketches within her content that quickly won her many younger fans. By August 2016 the SaraBeautyCorner channel had over 3.5 million subscribers, and in that month she equaled huge Youtubers such as Shane Dawson as one of the most subscribed channels on the entire platform, gaining over 350,000 new fans in that month alone. By mid-2017 she had over 5 million subscribers, and her videos were being watched on average around 1.2 million times per day, but now, just over a year later, her success has grown faster than ever before.

Now in 2018, the SaraBeautyCorner channel has just over 8.5 million subscribers, and the channel is picking up new subscribers at the rate of around 10,000 per day. Sara’s videos are being watched on average around 2 million times a day, and she has amassed total views of over 1.4 billion, with several of her most popular videos having been viewed over 100 million times. Sara stated on her first video that her eventual aim was to become the largest Norweigan beauty channel on Youtube, and considering that the SaraBeautyCorner channel is currently ranked as the 323rd most subscribed, and the 1,018th most viewed channel on the entire platform, it’s an ambition that she has easily fulfilled. 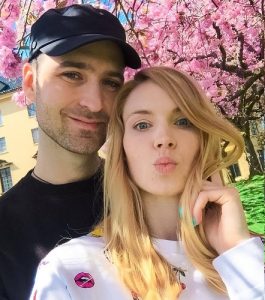 Sara doesn’t give away too much about her personal life, but she was long thought to be in a relationship with her cameraman Tej. The rumors started because of several cozy snaps of the couple posted on Instagram, as they traveled to various locations around the World, and in 2015 Sara confirmed that she and Tej were a couple. Although Sara’s content is mainly of interest towards women and girls, it’s not really surprising that the 30-year-old beauty has quite a large male following too. In February 2018, Spontany.com included Sara in their list of the Top ten hottest Norwegian women.

With her videos being viewed on average around 2 million times a day, Sara’s income from Youtube is likely to be at least $4,000 per day or $1.4 million per year, and depending on the number of her viewers who also watch the adverts on her videos, her income from Youtube could be at least double that amount. Her content is all family-friendly, which may allow her to earn even more from the platform, and she has produced sponsored content in the past. She also has a second channel, ‘Beep Beep’, which she opened in 2013, and although she didn’t upload any videos on it until December 2017, since then she has uploaded several DIY videos to the channel, and has already gained 320,000 subscribers and over 18.5 million views in just over six months. In April 2017 Nailbuzz estimated that Sara’s net worth was $1 million, but considering her huge rise in popularity since then, her net worth now is likely to be at least double that figure.

Where can I find SaraBeautyCorner online?

You can keep up to date with Sara on the main SaraBeautyCorner Channel, which contains links to several other social media accounts, including her second Youtube channel, ‘Beep Beep’, a Twitter Account where she is followed by 21,000 fans, and a Facebook page, where another 53,000 keep up to date with her latest creative ideas. Sara also runs her own SaraBeautyCorner Website and an Instagram page where she has over 350,000 followers. Sara posts regularly on all her social media pages and her website, and she often replies to questions from her fans.