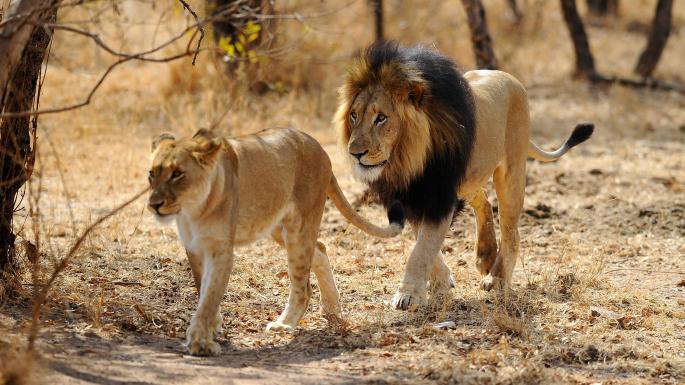 At least two poachers have lost their lives after breaking into a reserve in South Africa. Officials say the poachers were killed and eaten by lions that they ran into when they entered the area.

Authorities have discovered the remains of two of the poachers but believe a third may have also been killed by the lions. The remains were found in the lion enclosure at the Sibuya reserve. The poachers killed by the lions likely entered the area to look for rhinos. In recent years, there has been a high demand for rhino horns in some parts of the world.

Nick Fox, the owner of the reserve, posted a statement on Facebook saying that the suspected poachers entered the area on Sunday night or during the early hours of Monday. He spoke to the AFP news agency and said that they ran into a pride of lions. He added that it is a big pride.

Authorities have found the remains of two poachers but they are not sure how many entered the area. Mr. Fox told the AFP that there wasn’t much left of the poachers.

It is not the first time that poachers enter the area for rhinos. Two years ago, the reserve lost three rhinos to poachers. The two are believed to be poachers since the team found a rifle and other equipment, including wire-cutters and an axe.

The remains were spotted later in the day but the recovery took some time. The team had to tranquilize several lions that were nearby, according to Mr. Fox. Authorities continue the search to see if there are more poachers in the reserve.

Earlier this year, a suspected poacher lost his life after entering the Ingwelala Private Nature Reserve in South Africa. The man was killed by a pride of lions and officials said most of his body was eaten.

The man’s body was found with weapons so authorities believe he was there for poaching. Authorities could not confirm if there was there to poach lions. Last month, three poachers were shot dead and two others were injured during a shootout with authorities. The incident happened at a wildlife reserve in Kenya. Authorities said the poachers were armed with AK-47 rifles and began shooting when they were spotted. Two of them escaped with minor injuries.