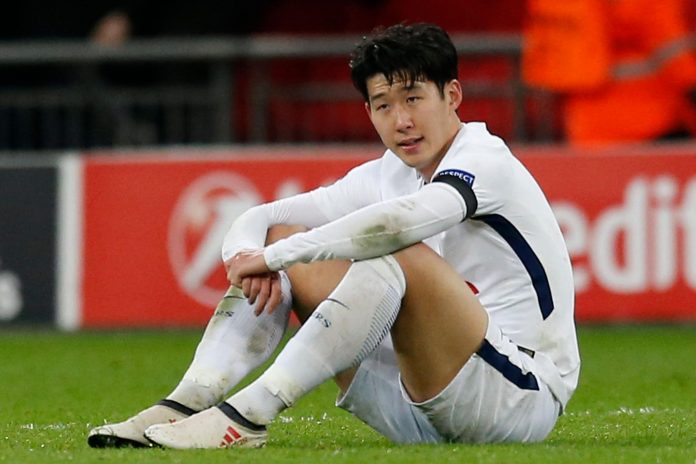 Tottenham midfielder Son Heung-min has signed a new contract that will keep him at the English club for five more years. But the star midfielder could see his career interrupted by military service if he is not successful at an upcoming tournament.

Son is required to go through military service by his country. The South Korean midfielder has become a key player for the English club and his national team. But the requirement has put his career in serious danger.

The requirement didn’t stop Tottenham from offering him a new deal. Son is coming off a good World Cup in which South Korea defeated and eliminated the 2014 World Cup champions Germany. The shocking victory wasn’t enough for South Korea to advance but it gave them a good end to the tournament.

The result against Germany does not give Son the chance to skip military service. Advancing to the knockout round wouldn’t have done that either but reports say it would have been closer if they did.

Son has to go through military service in 23 months but he has one chance left to continue his football career without any interruptions. The midfielder’s only chance is if he gets the gold medal at the upcoming Asian Games.

The tournament will begin in late August and end in early September. South Korea has to win the gold for him to skip that requirement. The country’s law states that any athlete who wins a gold medal is exempted from military service.

South Korea won the gold medal back in 2014 after a dramatic 1 – 0 win against North Korea in extra time. The upcoming tournament is Son’s last chance before he is required to go through the two year military service.

South Korean players received an exemption for reaching the semi-finals in the 2002 World Cup. The national team had never made it to the last 16 before so the run was historic. Reports said the 2018 World Cup squad would have had to match that run or go even further for the government to consider an exemption. South Korea finished the group stage in third place with three points. Its big highlight was the win over Germany, which was eliminated from the tournament with that result.

The 2018 Asian Games will begin on August 18. South and North Korea have reportedly agreed to have joint teams for some sports during the tournament.