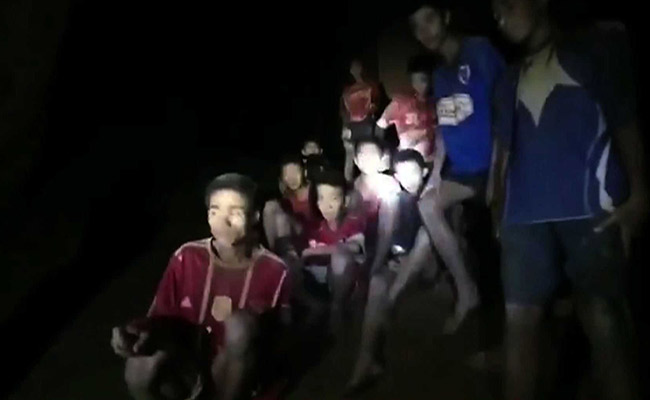 Thailand may grant citizenship to three of the boys and the coach who were trapped in the cave for more than two weeks. The Wild Boars football team was recently rescued from the cave after an operation that lasted 18 days.

Three of the members of the youth soccer team and the coach come from Myanmar’s Shan State, which borders Thailand. The four are technically not citizens of Thailand.

The three boys have Thai identification cards but the coach has no legal status, putting him at risk of deportation. An official of the interior ministry confirmed that his office was looking into the citizenship for the four. The official explained that the district office was currently looking at their birth evidence. The official also said that they have to check to see if they were born in the country or if they have a Thai father or mother. The Guardian asked how long this process would take and the official responded by saying that he had no idea, adding that it all depends on whether they find the documents.

The status of the four has led to some confusion as the governor of the region recently said that he believed they would grow up to be great citizens of Thailand. His words suggested that the four would be granted citizenship. The Guardian asked him about their status but he did not seem to know information on that. The process to grant citizenship is a long one but it could become easier for the group after all the attention they have received during the rescue operation.

The last members of the football team were recently rescued from the cave and transported to a hospital. The first part of the group was rescued earlier this week and teams continued the operation shortly after.

The boys and the coach are now recovering after being in the cave for more than two weeks. The boys received an invitation to attend the World Cup final on Sunday but the football organization later confirmed that they would not attend because they are still recovering. A FIFA spokesperson confirmed that they would look at the possibility of inviting them to another event.

Reports recently said that the first group rescued from the cave was now able to eat solid food. It was also reported that the second group was now walking.