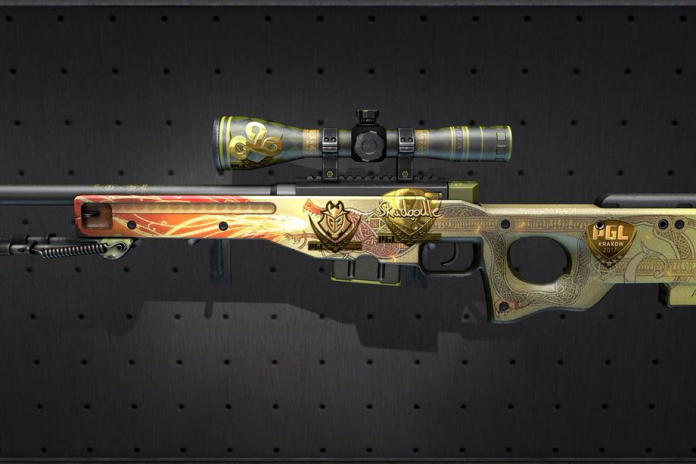 If you’re at all familiar with the world of gaming, you must know that there are some seriously competitive players out there. And their competitiveness often reaches beyond the game’s high scores and results. So is anyone really surprised that some cosmetic items in one of the world’s most popular FPS multiplayer games, Counter-Strike: Global Offensive, are oftentimes worth more than the game itself? You can probably wrap it around your head that some dedicated player paying a few dozen bucks for a fairly unique skin. But that’s where all of this is just getting started. Because the CSGO skins market really does get crazy, if you start from the top. So without further ado, let us go and take a look at the top 10 most expensive CSGO skins. 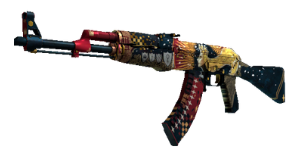 This AK-47 skin from the Spectrum 2 Collection really is something. Even someone like me who can’t appreciate art for the life of myself can tell that this is a nice looking skin. Looks very unusual on the AK, which I’ve always considered an ‘ugly, but does the job’-type weapon. Maybe that’s what warrants it $750 price tag? I have no idea, but I know that I’m gonna go and look at it for a while more. 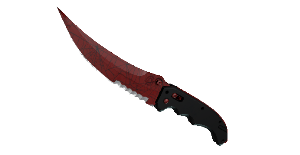 The first knife of this list crosses the crazy mark of $1000 skins. The Crimson Web skin for the M9 Bayonet really does give a nice first impression, especially to the enemy. Thanks to its blood-like color, it serves as a decent future predictor. Just see the reaction of this YouTuber upon opening a worse version of this knife to experience the rush that CS:GO players get upon opening something like the Crimson Web. 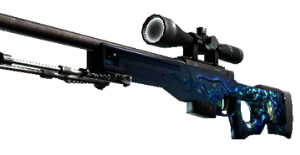 The Medusa was released in 2015, and even then had a really hefty price of around $400. Its value, quite obviously from the title, has grown quite a bit, reaching its peak at around $1,500. Nowadays, it is valued around half of that, which still makes it one of the most valuable CS:GO skins around. 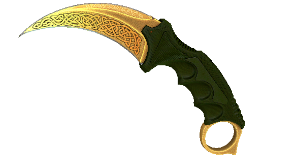 The last (spoiler alert) knife of this list is the Karambit’s Lore skin. The knife does look pretty badass and unique, you have to admit that. Whether it’s worth the $1,700 price tag is up for neither of us to decide, because the market has done that, several times over. At certain rare occasions, this knife topped at around $3,000, but we’re using the average price for the sake of consistency in this list. 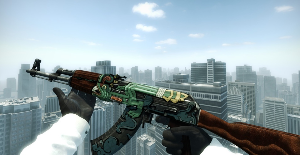 For the price of several real-world AK-47 rifles, you can buy a very… unique CS:GO skin. If you have a little over $3k to play around with, consider buying this skin from the Bravo Collection. Okay, look, I know that beauty is subjective, but I really think that you can do better for the price of a Rolex watch. But, no matter of what I think, the fact is that people are paying that amount for the brand new Fire Serpent AK-47 skin, so I guess that beauty is indeed in the eye of the beholder. 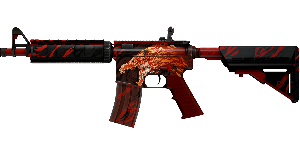 A few years ago, when Counter-Strike: Global Offensive first came out, an early controversy surrounded one of the most popular M4A4 skins, the Howl. This player-made skin released in mid-2014 as one of the favorites of the Huntsman collection. Valve, the developer of CS:GO, was soon after hit with a DMCA takedown notice. Valve decided to remake the skin and make it unobtainable afterward. This obviously spiked the price to absurd levels, and now the Howl is a very rare, very expensive CS:GO skin. 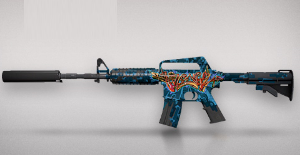 About a little over than a month ago, the Master Piece skin signed by Havard “rain” Nygaard changed hands for a whopping amount of $4k. This skin for the M4A1-S usually isn’t worth all that much, a few dozen Euros for the most part. But if the skin is a souvenir signed by one of SoloMid’s best-known players, you can bet that it will fetch quite a price. In this regard, this one didn’t disappoint, peaking at $4,000 on May 24th when it last changed hands. Prior to that, it was sold (or bought, depending on your perspective) for anywhere from $1,500 to $3,000. 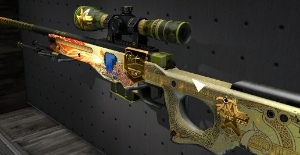 What can you buy for six thousand dollars? Think of all the possibilities that would open up if someone just dumped that money in your lap. Now if you’re an everyday Joe, it probably wouldn’t be a field-tested Dragon Lore CS: GO skin. If you’re an everyday Joe, you probably don’t even know what that is. Well, let me enlighten you. AWP, the Arctic Warfare Police, is one of the most commonly used CS:GO weapons, thanks to its accuracy and stopping power. A well-placed shot from an AWP will instantly kill any player, regardless of their armor. So if you take one of those and slap a golden dragon skin on it, you get a pretty kickass weapon. Just a few days ago, someone dropped almost $6k on this bad boy. 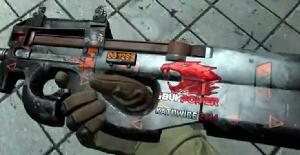 This list is turning out to be quite a steep climb, dollar-wise, wouldn’t you agree? Well, in preparation for the first place, we just have to acknowledge the crazy prices of the iBUYPOWER sticker, which recently reached the price of almost $8,000. This ‘remarkable sticker’ really is remarkable, thanks to the price. You might wonder how does a sticker even reach such an inflated price? It was thanks to the discovery that iBUYPOWER players were fixing matches. So once they were banned, their sticker became a rarity, and the rest is history. 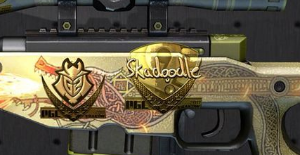 Earlier this year, a large CS: GO tournament was held, and was won by Cloud9, a North American team who beat the FaZe Clan for the victory. One of Cloud9’s members is Tyler “Skadoodle” Latham, who is a huge star in the world of CS: GO. Latham played a very important role in Cloud9’s 2-1 victory over FaZe. So, if Skadoodle autographs an already absurdly expensive weapon skin, what do you get? You get the factory new Dragon Lore AWP skin, which tops off the charts with a selling price of just over $61,000.