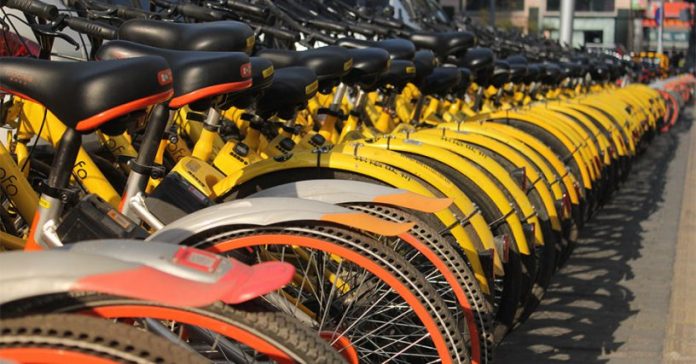 Bike sharing companies Ofo and Mobike are hitting the brakes in some US cities over regulations. Ofo, one of the biggest bike sharing services around the world, has decided to cut down on some of its services, including in the US.

The company arrived to the US last year and brought hundreds of bikes for its launch. Seattle saw hundreds of yellow bikes early on but the bike sharing company quickly launched the service in other cities. The company now has thousands of bikes across the 30 US cities that its service is available in.

Cutting Down Operations In The US

The company made a much different announcement last week, saying that it was cutting down on its US operations. Reports say many staff members will lose their jobs soon. The reason? The company says it has decided to cut down on its operations in places that present obstacles. Ofo said that it will instead prioritize the markets that support alternative transportation.

Ofo is not the only bike sharing company cutting down its operations in the US. Mobike, a popular bike sharing service around the world, is also said to be doing the same. The two have grown a lot in China and other places but regulations have made it difficult in some cities.

Limits From Some Cities

Bike sharing services have brought many bikes to cities that have opened their doors to other types of transportation but some have put limits over the problems that China is having with the bicycles. Pictures have shown hundreds of bikes piled up in parking lots and other areas.

In some cities, bike sharing services have received a limit on how many bikes they can launch with. In Washington D.C., Ofo was given a 400 bike limit, a very small number compared to the thousands of bikes it has in other places. The company claims the number was limiting its business.

Ofo and Mobike are some of the biggest bike sharing services around the world but the regulations seem to have convinced them to slow down their operations in the US. The two are valued at billions of dollars but Mobike is said to have a higher value at the moment after the acquisition by Meituan.