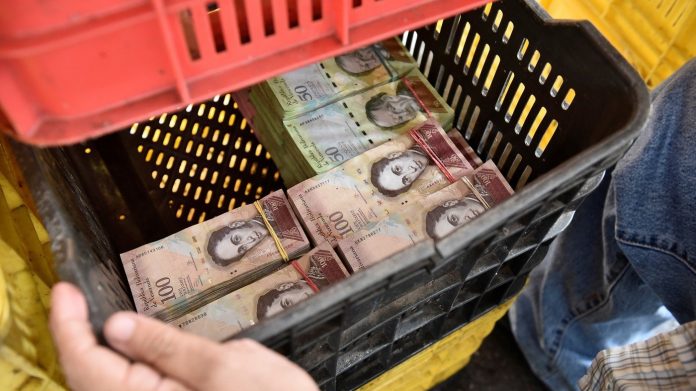 The numbers come from Steve Hanke, an economy professor at John Hopkins University. The professor told Business Insider that annual inflation in Venezuela has gone up by as much as 41,838 percent.

The recent inflation data has mostly come from the National Assembly, which is controlled by the opposition. Venezuela’s Central Bank has not released any data in years. The government blames most of the country’s problems on the opposition and sanctions  imposed over the last two years.

The government has come up with measures to try to control the prices but nothing has worked so far. It recently sent soldiers to some of the biggest markets in the country to inspect.

The economic crisis seems to have no end in sight as state oil company PDVSA is seeing the effects. The company accounts for 95 percent of export earnings in Venezuela.

The IMF estimated at the beginning of the year that inflation could reach 13,000 percent for 2018. The recent numbers make their estimates look very small now. Hanke is not shocked about the difference between the estimates and data since he says no one can accurately forecast where hyperinflation is going to go or how long it is going to last.

The government has announced three minimum salary increases in 2018 alone but things have only gotten worse. A minimum salary now equals to less than $2 when calculated with the black market exchange rates.