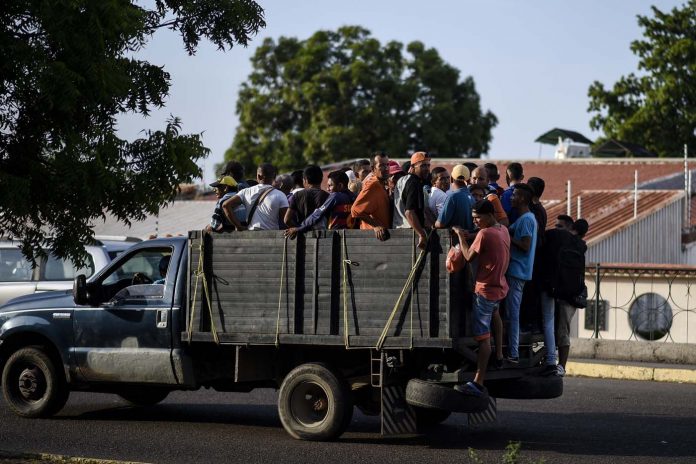 Venezuela’s lack of public transport is forcing its population to get rides in vehicles that were not designed for that. In Maracaibo, where public transport has been a problem for years, residents are now used to riding what they call kennels. This type of transportation is not exactly new but it has become more and more common in recent years.

Not too long ago, the city had cars that would take residents to different parts of the city. The cars weren’t in the greatest condition but they were popular among residents since many of them were available for that route. The number of cars in each route has now fallen due to the shortages and high prices of car parts.

The public transportation is barely there, with most of the buses that the government brought now sitting abandoned in parking lots. The buses debuted just a few years ago and quickly became one of the most popular options since they offered air conditioning in a city that has a really hot weather. In recent months, several users on social media have posted pictures of hundreds of red buses now sitting in parking lots across the country.

The alternative forms of transportation are dangerous but Venezuelans really have no other options to get to their jobs. A high percentage of taxis, buses and other types of transportation are out of circulation. The Maracaibo Metro is also said to be having its problems, despite it being 12 years old and having just six stations.

The unsafe conditions of the alternative forms of transportation have already led to deaths and serious injuries of passengers. The military trucks being used as public transportation are also dangerous for elderly people as they are difficult to hop into and too high to get out of.

Recent estimates say that there are more than 100,000 kennels in the country. Over 90 percent of the taxis, buses and other safe transportation is said to have disappeared in recent years.