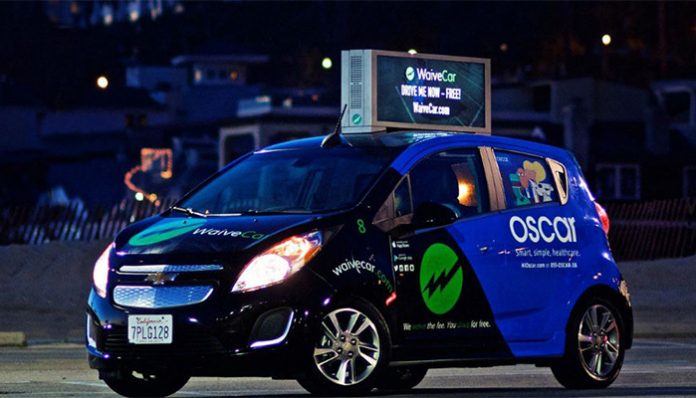 Launched in 2016, WaiveCar is advertised as the world’s first free, electric-car sharing service. Based in Santa Monica, the company allows customers to drive their vehicles without cost for two hours (after which they are billed per hour), thanks to its marketing strategy which companies to advertise their products on the cars themselves. Mobile billboards in a way, the cars can easily be used by anyone as long as the driver has a valid license and credit card.

Extremely unique in that the company does not make money off its customers, WaiveCar’s revenue is based entirely on what they make from the digital ads, that are displayed on a screen mounted atop of the vehicles. In fact, it’s actually ideal for customers to use the car for a short period of time, as it allows others to use it afterward without waiting.

The brainchild of Isaac Deutsch and Zoli Honig, Waivecar initially started with 20 cars in the initial beta launch, which took place in early 2016. Within the first month alone, they had attracted more than 3,000 total users, 45% which were female and 55% of which were male, in the Santa Monica area—which was already more than what their competitors Cart2Go and Zipcar had managed to accomplish back in their early days.

As one thing led to another, WaiveCar successfully landed a 12-month deal with Hyundai, which allowed the company to use their own fleet of cars. In exchange, they would provide advertising for the car manufacturer on the vinyl wrap. At the end of every ride, the driver would also be prompted to take a question about the experience.

By 2017, the company’s success had allowed it to expand to Los Angeles, with an additional 180 vehicles. Despite the fact that they believe that the car-sharing market is over saturated with other competitors, they remain optimistic as their strategy is different from the rest—if anything, more individuals would be attracted to their services as it is free.

Not long after expanding to LA, it was announced that WaiveCar would be making an appearance on ABC’s hit show Shark Tank. The two founders were eventually featured in an episode that aired on October 29, 2017. 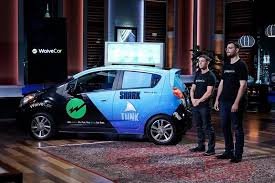 The first entrepreneurs to step into the tank, Isaac and Zoli introduce themselves to the sharks as the founders of WaiveCar. From there, they tell them that they are seeking $500,000 in exchange for 2% of their company.

Going into their pitch, Isaac explains that they are the world’s first, free car-sharing service. Elaborating, he says that WaiveCar allows users to use their vehicles for free—for up to two hours at a time. Knowing that the sharks would want to learn more about how they make their money, Zoli goes on to say that their revenue comes mainly from advertising. More specifically, companies pay them to display ads, which the customers contribute to by driving them around.

Continuing, he explains that each car is equipped with a vinyl advertising wrap, as well as a military-grade dual-sided LCD screen that can display dynamic ad content. As the display switches to a clip of Shark Tank, he states that they can show ads based on time, GPS location, as well as a number of other factors.

Commenting that the process is “really easy”, Zoli explains that customers simply need to download their app, sign in, after which they will be shown the WaiveCars that are nearby. From there, they simply need to reserve the vehicle with a tap. 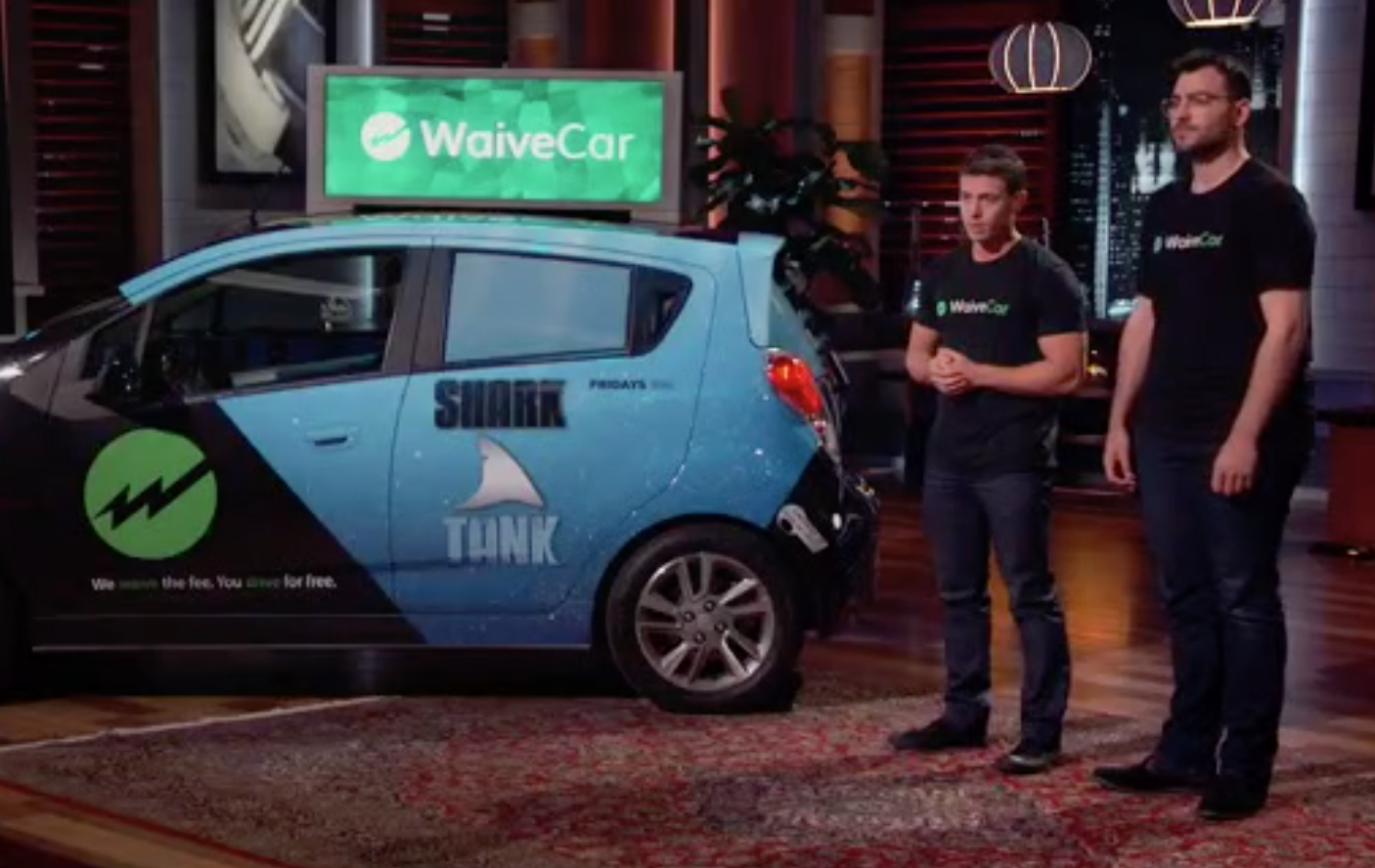 Since they launched in Los Angeles five months ago, Isaac says, they’ve seen an incredible amount of growth. As great as that is, however, he tells them that they’ve run into a bit of a problem—they need more cars. For that reason, he says that they would love to collaborate with one of the sharks, with whom they’ll work to rapidly expand the company across the world. Ending their pitch with their tagline—”We wave the fees, you drive for free”, they give their full attention to the panel.

Impressed at the fact that they’ve only launched a few months ago, Lori comments that she herself has seen WaiveCars on the streets. In reply, the founders proudly tell her that they are headquartered in Santa Monica and currently have 20 vehicles driving around. Asked about what happens after the free two hours moments later, Isaac explains that the customers are then charged $5.99 per hour.

Elaborating a bit, he lets them know that every driver has to go through a quick checklist on the app prior to every booking. With that, Marks asks about the break-even costs, to which Zoli replies around $1500, as each vehicle costs about $1000 per month. As the shark looks on, he continues by saying that they’ve actually put in $0 for marketing so far. Despite this, he reveals, the company has already gained 4,300 users. 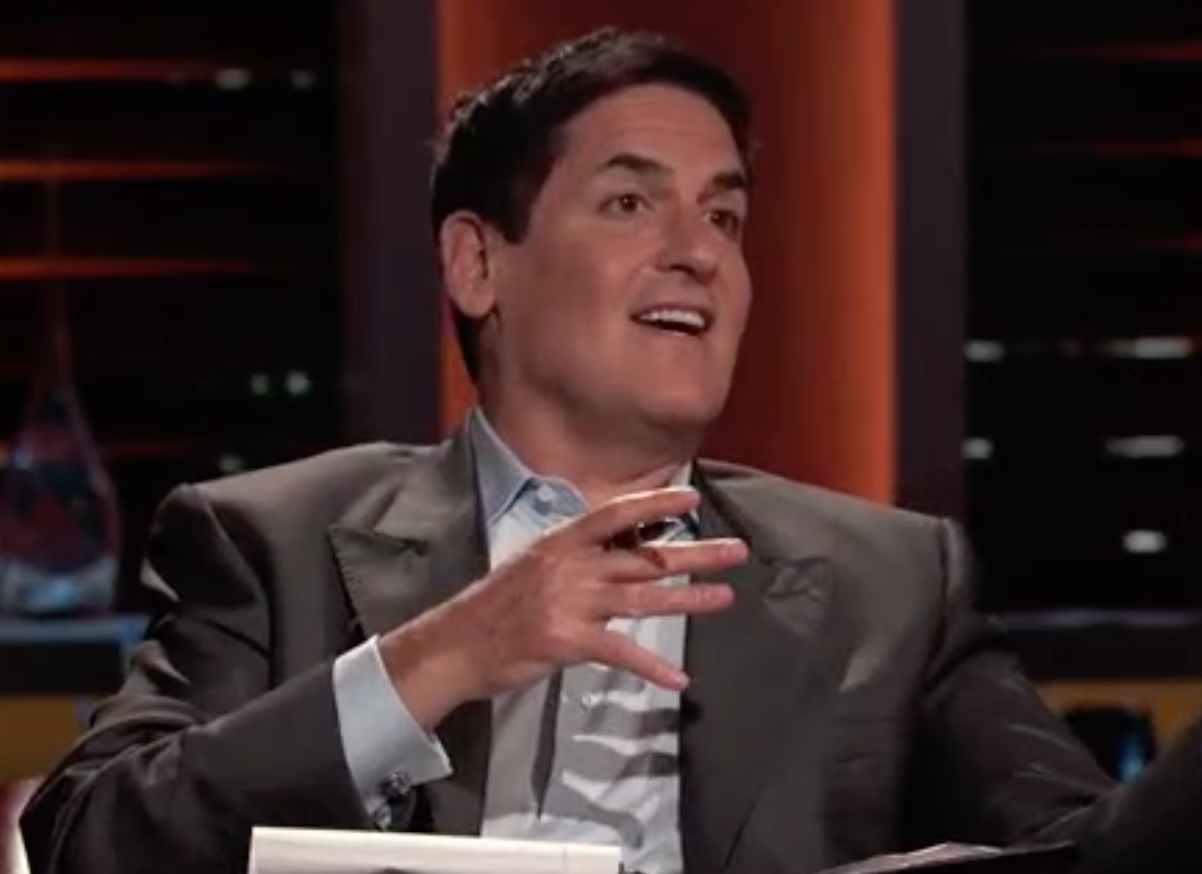 Noting that it’s capitally intensive, Mark subsequently asks how much money they’ve raised, to which they reply $1.3 million. Wanting to know when they’ll be profitable, Barbara poses the question to the founders. In response, Zoli tells her that it depends on the number of cars that they have. Assuming that all 20 of their cars sell out, at $5000 per each, he explains, they’d make $1.2 million in revenue, which works out to be $300,000 in profit—a number that would go up if they had more vehicles. Giving an example, he says that 200 vehicles would lead to a profit of $8 million.

Asked what makes them special, the founders direct their attention to the “crazy custom engineered” LCD screen on top of the cars. Custom made for their vehicles, Zoli explains that they were able to land an exclusive deal with the manufacturer.

With that, the attention goes to Mark as he begins to speak. Noting that the advertising industry is currently oversaturated, which can hurt their rates, he chooses to back out. Noting that other companies can easily copy the idea, Lori soon also drops out, leaving three sharks left.

Seconds later, the founders are asked how many advertisers they have by Robert, to which they reply that they have two—Oscar Health Insurance and XYZ, mainly due to the fact that they’ve only launched a few months ago. Unfortunately for them, this starts somewhat of a heated discussion with Chris, the guest shark. After some back and forth talking, he ultimately also drops out.

Somewhat dejected, the two founders look on as Kevin eventually begins to speak. Reiterating some of the things that Chris said previously, he agrees that they have nothing that anybody else can’t just stimulate. Stating that he has a lot of experience working in the advertisement industry, he goes on to tell them that there is only one way an offer can work, considering the risks involved.

Explaining, Kevin states that he is willing to loan them $500,000 at 12% interest for 36 months and 4% of their equity, as well as every one of their unsold digital advertising. In response, Zoli asks what they’d be paid for the unsold space, to which the shark replies “nothing.” Commenting that Kevin wants free advertising, Lori encourages the founders to make a counteroffer. 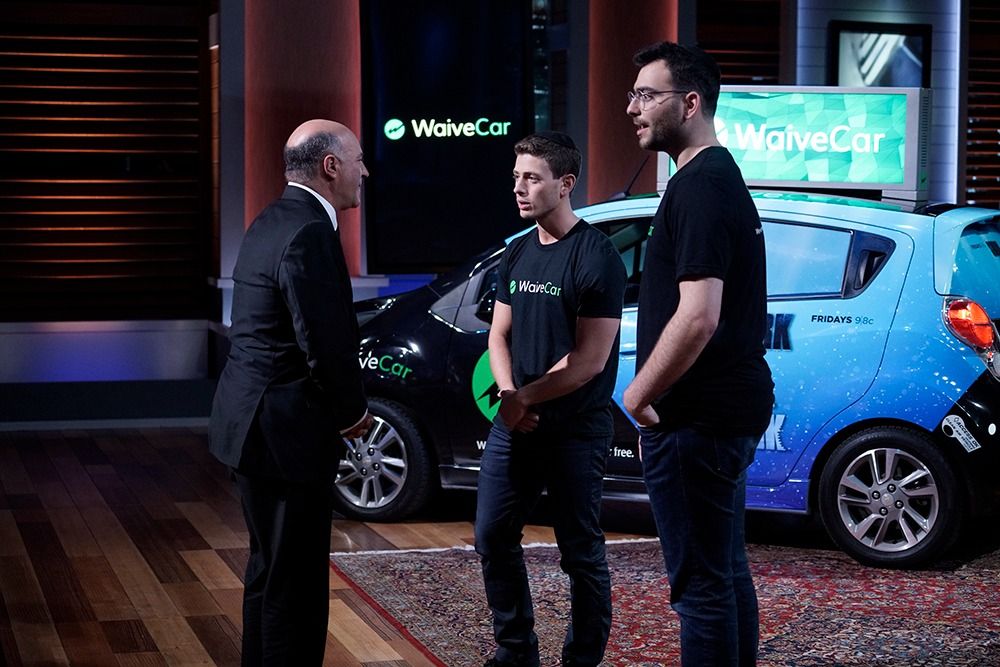 Before they’re able to, however, Barbara decides to offer them a different deal—she’s willing to give them the $500,000 for 10% equity, with no contingency or interest. While appreciative for the offers, the founders soon tell Kevin that they’re not after a loan, and to Barbara that $5 million valuable for their company is hard to work with. To their dismay, however, Barbara tells them that she would not be interested in the equity was less than 10%.

Unable to negotiate a deal with Barbara, Isaac, and Zoli subsequently make Robert a counteroffer—a $500,000 loan for 1% equity, as well as an 80% discount for the unused digital advertising. Too low for the shark, he comes back with a counteroffer of his own—a $500,000 loan for 2.25% equity, in addition to unsold ad space at an 80% discount. Agreeing on that, the three come together for a brief hug before the founders begin to walk backstage.

WaiveCar in 2018 – The After Shark Tank Update

Many months have passed since the free car-sharing service was pitched on ABC’s Shark Tank. How is WaiveCar doing as of 2018?

Not long after accepting Kevin’s $500,000 offer last year, the company deployed more vehicles—a fleet of 19 in the Los Angeles area, and another three in New York, to be exact. Perhaps even more exciting, however, is the fact that they’ve since partnered up with Five Tier. With their marketing automation software, which integrates directly with WaiveCar’s digital platform, advertisers are now able to create and push ads directly to the cars themselves—something that makes it all much more enticing.

In attempts to push into the New York City Market, the company recently also partnered up with a developer this spring, which has allowed them to offer their services to residents at Level—a rental tower on the Williamsburg waterfront. As per the partnership, only Level residents will have access to the cars, which will be placed in a building containing over 500 units.

What Customers Think of WaiveCar

Over the past several months, WaiveCar has amassed a number of positive reviews. For instance, on Yelp, the company currently has a 4.5-star rating from nearly 20 users. Taking a closer look at some of the reviews, it would appear that most users are happy with the concept that they are able to drive for free. Due to the fact that there’re still relatively new, however, especially compared to some of their competitors, it’s not surprising to know that some have voiced concerns about the lack of vehicles.

If anything, WaiveCar’s social media presence has only increased since their Shark Tank appearance. For instance, they’re currently active on Facebook, Twitter, and Instagram. Rising in popularity as we speak, they’ve already nearly 4000 followers combined online. Of course, there’s also their official website, which you can visit here.

Will Isaac and Zoli be returning to Shark Tank for an update anytime soon? Unfortunately, at the time of this writing, nothing has been announced as of yet. We might just have to wait a bit longer to see the duo back on the show.