What Happened to Mantosh Brierley? – 2018 Update 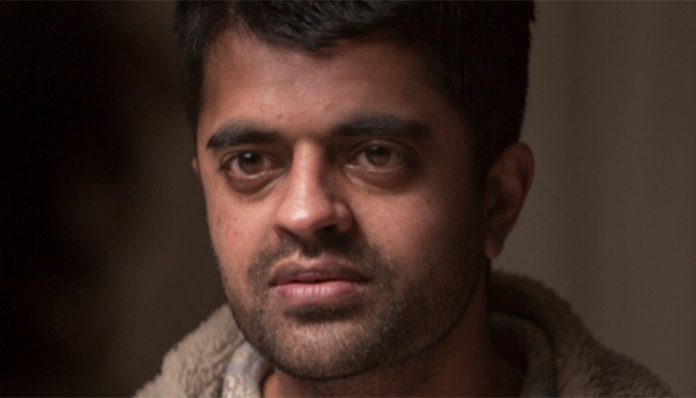 Portrayed by Divian Ladwa in Garth Davis’ film Lion, Mantosh Brierley is the adoptive brother of Saroo Brierley, an Indian-born businessman, who also happens to be the biopic’s protagonist. Based on his memoir A Long Way Home, the movie followed him as he set off to find his family, whom he was separated from at the age of five.

Introduced in the initial half of the film, Mantosh is portrayed as a troubled child who often engages in rage and self-harm, much to the dismay of his adoptive parents. Unlike Saroo however, his story wasn’t touched upon much throughout the course of the movie. If anything, it has only left viewers wondering about his fate. Did he get a happy ending in the end in real life? What happened to him? Let’s have a look into these questions.

The Brierley’s second adoptive son, Mantosh often engaged in self-harming behavior as a child, something that was depicted in the film. As gut-wrenching as his story is, however, it was never told in great detail in the biopic. Instead, his character was more or less existed used to represent a symbol—a reminder that not every adopted child gets to live a full life like Saroo. By the end of the film, all we were told is that as an adult, he lived in a shack with what appears to be mental illness and/or addiction issues.

Considering the limited information that was provided in the biopic, we had to turn our attention to Saroo’s memoir, to learn more about his brother. According to the book, Mantosh has always been troubled from the very beginning. In contrast to Saroo, who was happy and high achieving, he was loud and disobedient, both at home and in school. Despite their vast differences in personality, however, Saroo wrote that the two of them enjoyed many outdoor activities together.

According to an interview with the Brierley’s, his adoptive parents, the movie Lion did not sit well with Mantosh at the beginning. In fact, it had led him to be quite upset—as it had presumably reminded him of many events, ones that he’d rather have forgotten. In their words, “[the film[ had unhinged his health for quite a while.”

While that may be true, however, Brierley admitted that it hasn’t all been negative. In the end, the release of Lion had acted as a catalyst for him to revisit his early life—the years before he had arrived in Australia. Though he still suffers from mental issues, his parents revealed that he has since gotten a new psychiatrist, with whom he’s had discussions with about his childhood.

Born in India, Mantosh Brierley was abandoned as a young child, presumably due to poverty and family violence. Unfortunately, not much is known about the first few years of his life. When he was nine years old, however, he was adopted by John and Sue Brierley, an Australian couple, who had previously taken in another Indian child named Saroo. Unlike the latter, however, it was obvious that he had been the victim of abuse as he had arrived in their home with burns on the back of his bands. Though it’s true that he experienced difficulty fitting in at first, he eventually formed a bond with Saroo, whom he enjoyed many outdoor activities with, according to the former’s memoir.

In the biographical film Lion, his character was portrayed by actor Divian Ladwa. Unlike his brother, however, whose story was revealed in detail during the course of the movie, his story was very much kept in wraps. Even by the end, not much was known about his life. Despite the fact that he still experiences ongoing mental issues, he has since begun to work at his family’s Australian business, according to his brother’s memoir.

Garth Davis’ feature debut, Lion premiered in theatres on November 25, 2016, in the United States. Based on Saroo Brierley’s memoir A Long Way Home, it tells the true story of how he had set off to find his family, after being separated from them for 25 years. Aside from Dev Patel, who played the part of adult Saroo, the cast also included Sunny Pawar, Divian Ladwa, Rooney Mara, David Wenham, and Nicole Kidman.

Well received by viewers and critics, the film received many praises, most of which were directed towards the actors’ performances. A big hit at the box office, having grossed a total of $140 million (from a budget of $12 million) worldwide, it eventually received six Oscar Award nominations at the 89th Academy Awards, including ones for Best Supporting Actress, Best Supporting Actor, Best Adapted Screenplay, and Best Picture. Though it didn’t end up winning any of the categories, the film did go on to window BAFTA Awards.