What Happened to Tanya Ramirez? – 2018 Update 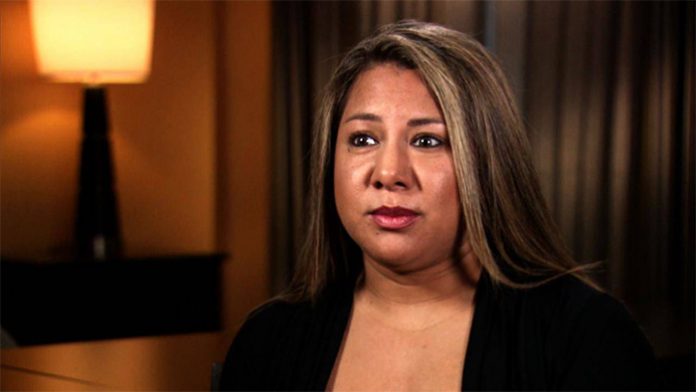 In 2014, Tanya Ramirez, a 30-year-old high school teacher made the headlines after she was arrested for having an inappropriate sexual relationship with a student. A big scandal, at the time, the incident had come as a big shock for the South Texas community. Unsurprisingly, it also led her to be fired from her position at King High School in Corpus Christi, Texas.

In the end, she pleaded guilty to a second-degree felony charge in exchange for seven years of probation. What has the former coach been up to since then? Does she plan on returning to teaching? Has she made any recent media appearances? We will be addressing most of these questions below.

In 2014, Tanya Ramirez, a former high school teacher, was accused of having sex with a 17-year-old student. After a cellphone recording was given to authorities, she turned herself into the country jail. Of course, she was also terminated by the Corpus Christi Independent School District in South Texas.

Despite all that, however, she was soon arrested on the same charges just a year later—for she allegedly being intimate with a second student. As a result, the 31-year-old was indicted on a second second-degree felony charge (i.e. a charge of having an improper relationship between a student and an educator). As a result, she faced up to 20 years in prison as well as a $10,000 fine.

According to her lawyers, she had chosen to reject a plea deal for deferred adjudication previous to the conviction. Allegedly, she had refused as the prosecutors laid out conditions that she disagreed with such as surrounding her teaching license and pleading guilty instead of no contest.

By 2016 however, she had pleaded guilty to a second-degree felony charge for the first case, for which she was sentenced seven years of probation. Under the plea deal, which she eventually took, the former teacher also surrendered her teacher license, though she was not required to register as a sex offender.

As far as her second case goes, she eventually pleaded no contest though it remains unknown at this time whether or not she will be receiving punishment or if it has already been included in the plea deal.

Following the incident, it was revealed that her lawyers had filed a defamation lawsuit against the student’s mother after she had spoken to the press about her and called her a “predator.”

The student’s mother, however, told tabloids that she simply wanted Ramirez to be held accountable for her actions and that she “didn’t wish jail on her.” In a later interview with a local news station, she confirmed that her biggest fear was that the former teacher would be allowed to continue teaching in the district without a conviction, nor having to register as a sex offender. She later also added that she had told her son what he did was wrong, and that it would never happen again on his part.

In a surprise twist, it was later revealed that Ramirez had also filed a lawsuit against the student for “extreme and outrageous conduct and invasion of privacy”—the latter of which referred to her sexual encounter being secretly recorded and shared among his friends.

Not long after the announcement of the lawsuit, Ramirez was featured in an episode of Dr. Phil—a popular tabloid talk show—which was dedicated to the school sex scandal. Not only was the former teacher present, but Tristan Price, the student who was later identified, as well as his mother was also on the stage.

On the show, Ramirez defiantly expressed that the sex had been consensual. An adult at the time (the age of consent in Texas is 17), Tristan had been “just fine after [the] encounter.” In fact, according to her lawyers, the entire incident had only boosted his popularity at the school, for he was later named Homecoming King.

In the episode, the former teacher also revealed some further details about the incident. Allegedly, he had arrived at her house drunk one night for sex. Without her knowing, however, he had recorded their secret encounter on his cellphone, a video that he later showed 11 of his friends for bragging rights. From there, it was said that the video had quickly “gone viral.”

Since then, Ramirez’s case has slowly drifted into the background. The last that we’d heard back in 2016, she was still in the process of using the student and his mother. Unfortunately, there hasn’t been any updates on the case over the past two years, as far as we can tell. For now, it’s unknown whether or not her lawsuits have been settled. One thing’s for sure however, she’s no longer teaching and is currently in the middle of serving her seven years (which is to end in 2013). We’ll update this page as soon as we know more!