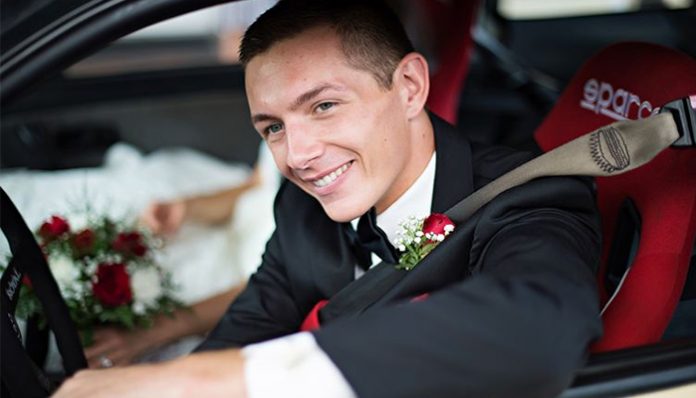 Hailing from Florida, Adam Lz is best known for his self-titled YouTube channel, on which he has over 2 million subscribers. A BMX rider, most of his videos revolve around the sport (e.g. drifting clips, tutorials, etc.). As of 2018, his most popular upload, Walmart Game of BIKE has been viewed more than 7 million times.

Like most social media celebrities, the twenty-something is active on several other platforms such as Twitter, Instagram and Snapchat. On Facebook, he has also earned more than 447,000 followers to date. If anything, his fan base has been growing at a tremendous rate over the past few years.

How wealthy is the Internet star? How lucrative is his YouTube career? How much has he earned from his videos? According to various sites, Adam Lz has amassed a net worth of $600,000 as of 2018. Where did he earn this money from? Does he have any other ongoing projects? Let’s have a look.

How did Adam Lz Make His Money & Wealth?

Born on May 5, 1995, in Connecticut, Adam Lz grew up in the farmer town of Woodbury. As a teen, he got into wakeboard riding. Though he initially wanted to compete in the sport, he eventually found it boring over time, as none of his peers partook in the same hobby. With that, he later decided to ride BMX with his friends. In terms of his education, he had gone to the University of Central Florida to study business management, following his high school graduation.

Not long after graduating from high school, he launched his own self-titled YouTube channel in 2013. From there, he began to upload BMX-related content—such as tutorials and drifting videos. To his surprise, his uploads soon gained traction. Before he knew it, his uploads were garnering thousands of views each.

Fast forward to 2018, and he has gained over 2.1 million subscribers with more than 438 million combined views. Some of his most popular videos to date include Walmart Game of BIKE (7 million views), Scaring my Mom in her Own Car (6.9 million views), Peanut Butter Bath Challenge (6 million views), and GoPro BMX – Woodward West (5.3 million views).

With the audience that he has, it’s not surprising to know that he pulls in a decent amount of income from his channel. According to NailBuzz, the YouTuber receives an average of 400,000 views per day across his videos. Given that these are monetized through Google Ads, he would earn upwards of $700 per day—which works out to be around $250,000 a year in ad revenue. As his channel continues to grow, of course, this number will also go up.

In addition to his YouTube career, the twenty-something also has his own store called LZMFG. Looking at its official website, an array of items are available for sale from tee shirts to signed prints. For those who are interested, you can visit the online shop here. Considering everything, it’s likely that he yields a decent amount from the business on the side.

Yes, he married Nicole Frye in 2016. Since then, she has appeared in several of his videos.

Does Adam Lz Have Any Children?

No, Adam Lz does not have any children that we know of.

Does Adam Lz Go to College?

Yes, he announced that he would be attending Florida’s UCF Burnett Honors College in 2013.

What is Adam Lz Famous For?

Adam Lz is best known for his self-titled YouTube channel, which he had launched in 2013. As of 2018, he has gained more than 2 million subscribers.

Originally from Connecticut, Adam Lz currently lives in Orlando, Florida with his wife. We do not have any additional details at this time.

What Kind of Car Does Adam Lz Drive?

How Much Money Did Adam Lz Make Last Year?

Over the past year, the YouTuber has been pretty good about updating his channels on a regular basis. Today, most, if not all of his videos receive over 200,000 views on his main account.

What’s the 23-year-old YouTube star up to? If you’re a fan of his videos, be sure to follow him on social media—you can find Adam Lz on Twitter and Instagram at @adam_Lz. While you’re at it, don’t forget to also drop by his official Facebook page, which you can check out here.