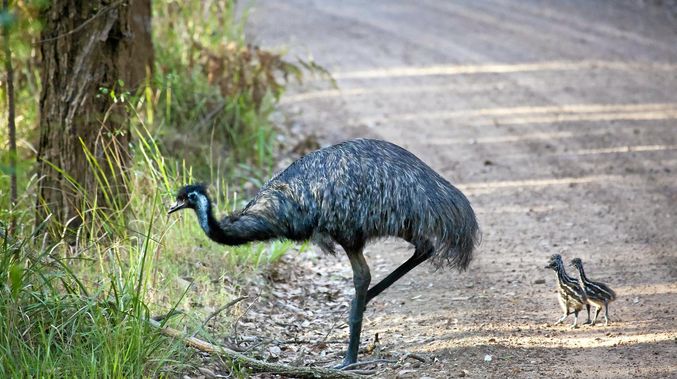 A group of thirsty emus are causing destruction all over a mining town in New South Wales. The problem comes as the country is battling an extreme drought. The large birds are said to be in the town looking for water and food. Local animal rescue organizations say the birds are looking for the water and food in Broken Hill, a mining town in the far west of New South Wales.

Wildlife worker Emma Singleton said that the animals are walking down the main street and that they are seeing mobs of them. ABC News reports that in the town, the groups of animals have been seen running laps of the main street. The animals also eat gardens and interrupt football matches.

The Australian PM recently announced extra help for the farmers who have been affected by the extreme drought. Malcolm Turnbull told reporters that there will be $1.3 billion in aid to help deal with the situation in the area. The area was officially declared in drought just a few days ago.

Ms. Singleton spoke about the situation and how they are trying to take care of the animals. She said they’ve had 14 of them on a sporting oval. She added that they have been out there for weeks and that the residents are giving them water and food. She also told the ABC that the rescue center gets two or three calls a day from residents who are concerned about the animals. Ms. Singleton explained that their biggest concern with the animals was possible dog attacks.

Reuters reports that several emus have been hit by cars recently. The rescue center is more worried about the dog attacks that can happen with the animals entering the town.

The extreme drought appears to have no end in sight. In some areas of New South Wales, there have been record lows in rainfall. One of the lowest months was in July, with some areas barely getting any rain. The situation has left farmers with little to do on crops. Many of them are also having a difficult time feeding and giving water to livestock.

Malcolm Turnbull, who recently announced the aid for the area, said some farmers had spent up to A$10,000 ($7,316) per truck to feed their animals. The dry conditions are also being reported in other areas but the situation is not as bad there.