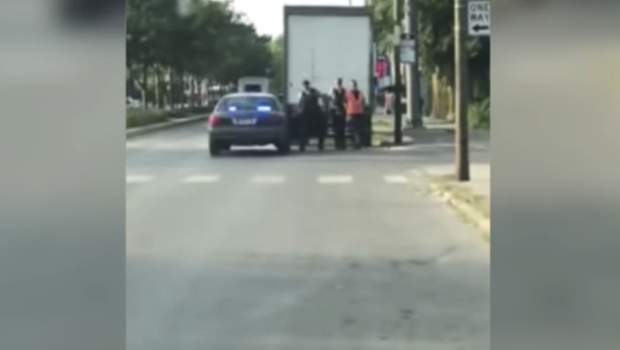 Authorities in the city of Chicago are being criticized by activists over their use of bait trucks to arrest thieves. Videos on social media show residents talking to police about the use of the trucks.

Authorities say it was used to capture thieves who had been breaking into containers sitting at a rail yard. Activists accuse authorities of using trucks filled with pricey shoes to catch the attention of people. Activists say the trucks are left partially open.

The truck drawing the criticism was used in an operation between authorities and Norfolk Southern railways. The operation was reportedly given the name Operation Trailer Trap. A police official said during a news conference on Thursday that the police department is going to take a hard look and see if there is something they can do better.

The company involved in the operation confirmed that a number of arrests had been made. A spokeswoman said the operation was to fight against unacceptable thefts and apprehend the people who have been breaking into freight containers.

The trucks have drawn criticism because groups say they were left in low income areas of the city. Some say this won’t help solve the problems in the city. Others say the police resources used in the operation could have been used on something else.

Police have done something similar in the past but they mainly use bait cars. The bait cars are parked in areas where there is a high percentage of car thefts. The cars often left in these areas have valuable items in them. Police often leave cameras in the cars and track the vehicles with GPS to make the arrests. In September 2017, reports revealed that Chicago had more than 5,000 vehicle thefts in the first six months of the year.