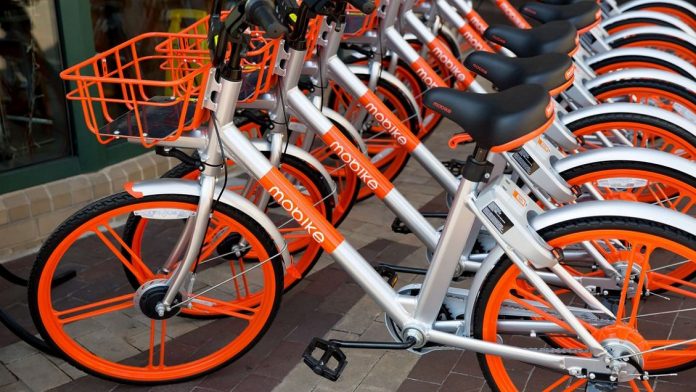 Mobike is now threatening to leave Manchester over the thefts that have affected its fleet. The Chinese company has made one last warning to residents on the vandalism and thefts that have left the service without a large percentage of its bikes.

Steve Milton, Mobike’s Global Communications and Marketing Manager, said that in recent months, ten percent of the company’s fleet in the city has gone missing or been vandalized. A high percentage of those bikes have ended up at the bottom of canals.

Other bikes have also lost their equipment such as their GPS trackers. The company has also found several of its bikes with different colors. Milton said in a statement that this is not an idle threat and it is not a PR. The Mobike manager explained that the losses are not sustainable and that they are going to have to draw the line under this at some point.

The manager also said that everyone is unhappy with the situation and that users are not happy because they can’t find bikes. The service has been in the city for months but the problem appears to be getting worse.

The company will make a decision at the end of the month. It is currently unclear if the decision to leave will affect other cities that have the service. One of them is Newcastle, where the service recently arrived. In that area, the service has also had a similar problem with many of the bikes being vandalized or left in places they shouldn’t be.

Mobike debuted its service in Manchester in June. The service entered the city and allowed users to leave bikes in several areas. That has changed recently, with the service now allowing the bikes to be left in just a few areas. Users who leave bikes out of those areas are fined.

The vandalism and theft problems are nothing new for bike sharing services. In recent months, several companies have reported big losses. Back in February, GoBee Bike decided to leave France over the destruction of its bikes. The service had left other European cities over the same problem a few months before.

In Chile, Mobike has had to limit its service to two communes and work with authorities to recover the bikes that have been kept by people. A recent operation by authorities helped the service recover a number of bikes.