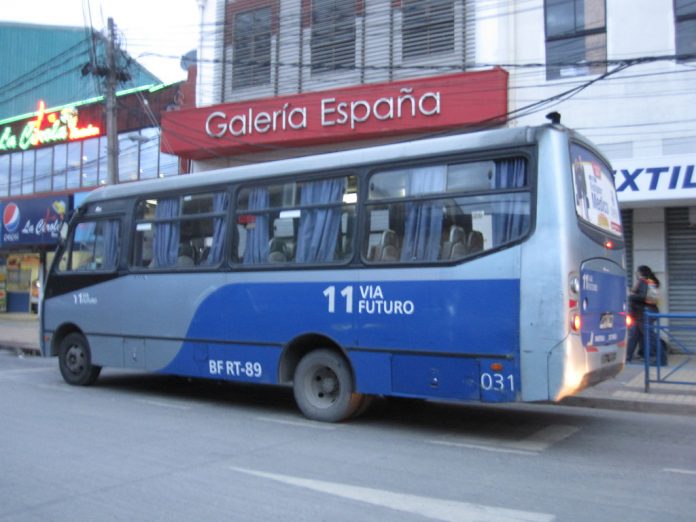 A bus driver in Chile is now a popular man after making his service much better for passengers. Rodrigo Hernandez, a bus driver for Via Futuro, takes passengers from one side of town to the other but the ride can sometimes be a little boring.

Mr. Hernandez decided to add a PlayStation 3 to his bus. Sony’s console is not the latest release but students and people who love games don’t think twice about playing when they are riding the bus. Mr. Hernandez takes passengers around the communes and offers people to play when he stops his bus at a red light.

The PS3 addition to the bus has turned out to be a very popular one. There is usually someone who is interested in playing when riding the bus. BioBioChile reports that he has FIFA 17 for the PS3 and that he offers people to play on the screen that he has installed on the back of his seat.

The person who first responds to his question to play on the console is the one that gets the controller. Mr. Hernandez spoke to BioBioChile about his idea and said that he has a PS3 in his bus and that he also keeps other passengers entertained by showing movies and music videos. He told the news site that his idea is to offer the best ride to passengers.

He says the idea to install the console was so that teenagers would not get bored during their time in the bus. The entertainment in the bus has made him a popular bus driver in the area.

Buses in the communes don’t offer entertainment and Rodrigo says the idea has caught the attention of many teenagers who are surprised by the entertainment that the bus offers. He has also asked other bus drivers to come up with similar ideas to keep passengers entertained. He also says the bus drivers have to keep a good attitude and leave their problems at home so they can offer the best service possible.