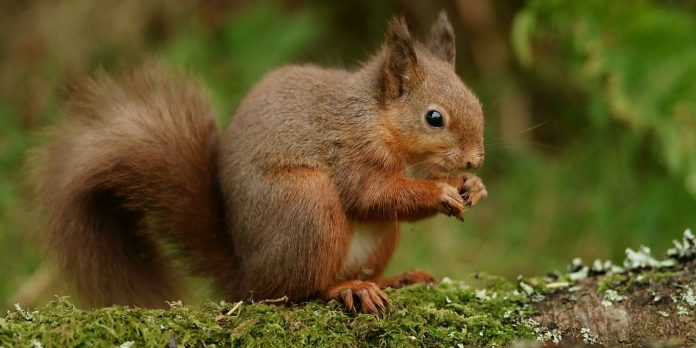 Police in Germany had to respond to an unusual call from a man who could not lose a baby squirrel chasing him. The man called emergency services on Thursday, requesting for help over a squirrel that was chasing him down the street.

The incident happened in the city of Karlsruhe. Authorities decided to help after the man’s attempts to get away from the squirrel were not successful. Police officers who responded to the call went to go see what was happening and found the man still being chased by the baby squirrel.

The police spokeswoman explained that squirrels that have lost their mothers often look for a replacement. She added that they usually focus on one person. That person was the man who had no choice but to call police for help.

Police have confirmed that the baby squirrel was taken after the chase ended and later transported to a rescue center. The spokeswoman said the rescue center had taken in two other squirrels for similar reasons that same day.

A similar incident occurred in the state of Florida just a few days ago but this one involved a group of cows and a suspect running from police. In the video, which was captured from a helicopter flying above, a woman driving a stolen SUV can be seen crashing into a ditch and then running into a nearby field. What she didn’t know was that the field was the home of a herd of cows. The cows began chasing her through the field and at one point, one of the cows nearly knocks her down. The woman attempts to climb a fence but is arrested by police.