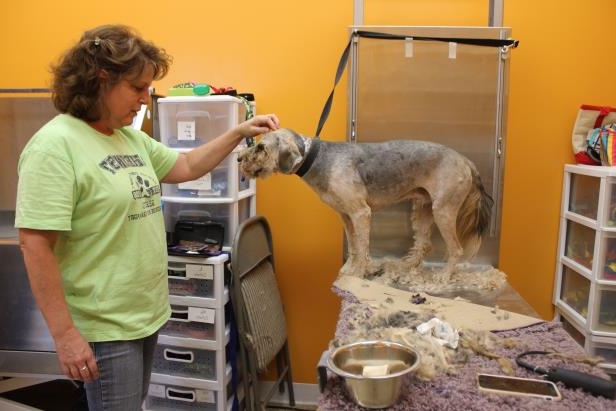 A rescue organization has taken many dogs who were left abandoned in a central Iowa forest. Amy Heinz, CEO of AHeinz57 Pet Rescue and Transport, visited the forest after two hikers told her that they had spotted the dogs.

The area, located about an hour from the rescue center, was visited by her and other members of the organization. They searched the forest and were later told by some that it is not the first time that dogs are abandoned there.

The dogs are often left abandoned in the forest by people who no longer want them. The rescue organization was successful during its visit to the forest. They set up traps and were able to attract the dogs using one of McDonald’s popular food items, Egg McMuffins.

The rescue organization took in several dogs but many are still in the forest. Some of the dogs rescued by the organization have injuries. Most of the injuries are from fights with other canines.

Members of the rescue organization actually witnessed one dog attack another when they were there. Other dogs have infections in their eyes and other areas because they have had the injuries for a while. Heinz says there is no reason to dump a dog. She also spoke about the condition of the animals rescued, revealing that they all had ticks and are being treated for Lyme disease.

The rescue organization is now treating the dogs rescued but they have spotted a few others. One of the dogs that hasn’t been rescued has injuries all over her body. Officials have asked for the location of the forest not to be specified so residents don’t interrupt the rescues or try to rescue the animals on their own.

The dogs rescued have not been aggressive but the organization says some are scared. A forester for the state said the animals were mostly seen on private land that is on the forest. The forester added that she had never received reports of dogs being left at the forest but said she had seen large groups around private land over the last ten years.

Other rescue organizations in the state believe that the first dogs abandoned may have bred and made the numbers much higher.