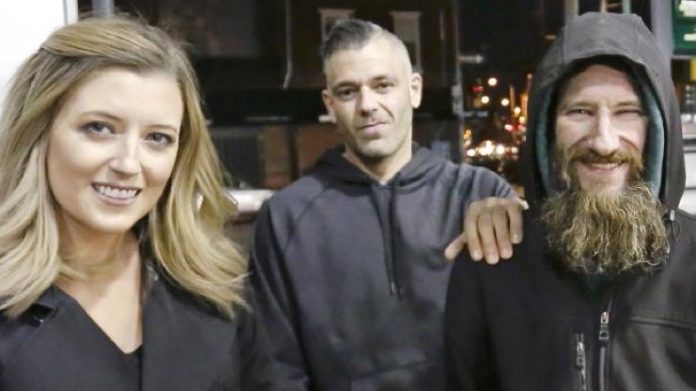 A New Jersey judge has told a couple to turn over the money raised for a homeless man who helped them. Johnny Bobbitt gained viral attention last year after he gave his last few dollars to Kate McClure, who had run out of fuel.

Ms. McClure and her boyfriend Mark D’Amico then created a GoFundMe page to raise money for the man. The fundraiser was a massive success, quickly passing the goal that the couple had set. The page went on to raise more than $400,000.

Just a few days ago, Mr. Bobbitt decided to file a lawsuit against the couple. He accuses the couple of using the funds raised as their piggy bank. In an interview, Mr. Bobbitt said the couple had paid for trips to different parts of the US and purchased a new car. His lawyers say the couple used the money to fund a lifestyle they could not keep up.

The judge has given the couple until Friday afternoon to transfer what remains of the money raised. The money will be placed in an account held by Mr. Bobbitt’s lawyers and frozen until a decision is made by the court.

The Philadelphia Inquirer reports that the judge has ordered for the money to be transferred and hire an accountant to review the financial records. The three were not in court for the hearing on Tuesday.

The fundraiser received more than $400,000 in donations. The couple and man remained in contact after the viral attention and they even allowed him to park his camper outside their home. Reports say Mr. Bobbitt was later asked to leave.

Mr. Bobbitt says the couple got rid of his camper and gambled away some of the money they had for him. He also says they have declined to provide financial records. Mr. D’Amico told NBC earlier this week that about $150,000 was left. A lawyer representing Mr. Bobbitt recently told the BBC that he estimates the couple spent about $75,000 on his care.

Reports say Mr. Bobbitt is now living on the streets of Philadelphia. He is said to be with his younger brother.