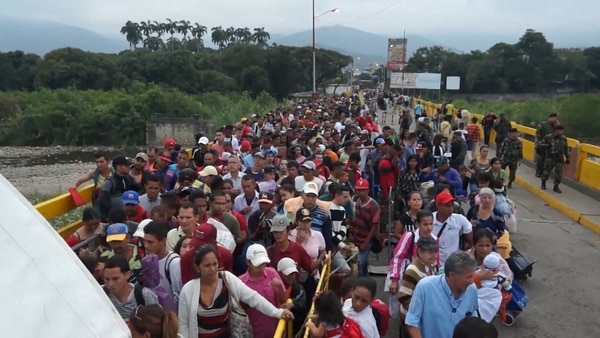 Some Venezuelans say they have not been able to obtain passports for years. Some accuse those working in registry services of charging money to receive the passports.

Millions of Venezuelans are estimated to have fled the country in recent years. A high percentage have moved to neighboring Colombia but the rest of South America has also seen thousands enter.

Venezuelans are escaping the economic and political crisis that started years back. The IMF estimates that inflation will reach one million percent by the end of 2018. The government recently announced new measures, including new bills, but experts believe this will only make things worse.

Peru is not the only country to announce a passport requirement for Venezuelans. Right around the same time of the announcement, Ecuador also announced that it would require passports. Earlier today, the UN High Commissioner for Refugees Filippo Grandi asked the two countries to continue allowing them to access safety and seek asylum.

Peru’s Prime Minister Cesar Villanueva said the requirement did not mean his country was closing the door on Venezuelans. He explained that ID cards from Venezuela did not provide enough information. Peru’s Foreign Minister said his country will issue humanitarian visas in exceptional cases. He said people can apply for those visas at Peruvian consulates in Venezuela, Ecuador or Colombia.