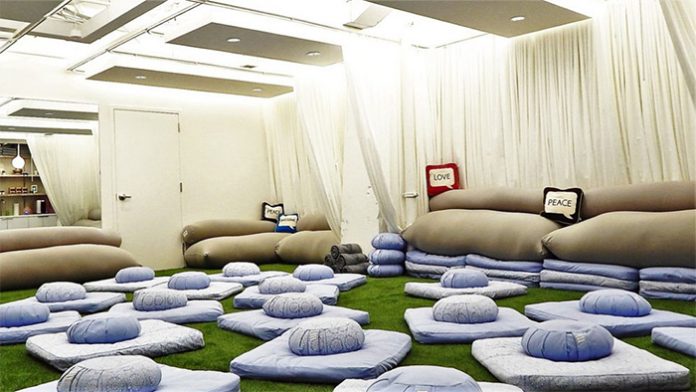 Headquartered in Washington, D.C., Recharj is a modern napping and meditation studio. As their name implies, their mission is to spread awareness of “contemplative and restorative practices” through powernap sessions and meditation classes. In addition to self-guided practices that are open to the public, they also offer enriching classes that are taught by certified yoga and meditation instructors. Cost effective, they currently have two locations, both of which contain a number of “napping cocoons.”

Founded by Daniel Turissini, the company was launched in December of 2016. After graduating from college, he worked as a consultant in the Washington area. While the position was lucrative and stable, his stress levels escalated as he began to climb the corporate ladder. Before he knew it, sleep had become a luxury. The tipping point for him, he eventually set off to find a “cool, comfy and quiet space” to power nap in the middle of the day. To his dismay, however, he was unable to locate a suitable space. With support from others, he eventually decided to build the “power napping oasis of [his] dreams.”

Lots of hard work later, he launched Recharj in 2016. A modern meditation and power nap studio, it allows customers to sign up for nap periods or meditation classes. Dedicated towards self-care, they utilize a number of “napping cocoons”, all of which include large sleeping rolls and blankets, which separated into private spaces by curtains. An overall success, he later opened up a second location in Bethesda, Maryland in 2017.

As one thing led to another, it was announced that the company would be making an appearance on ABC’s hit show, Shark Tank. A once-in-a-lifetime opportunity, David would have the chance to pitch Recharj to the sharks. Featured in the ninth season, the episode later aired on January 7, 2018. 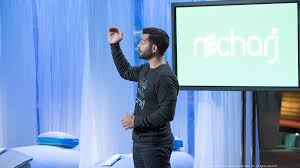 Striding into the tank with a smile, Daniel lets the sharks know that he is from Washington, D.C., before stating that he is looking for a $75,000 in exchange for 15% equity stake of his company, Recharj.

Jumping into his pitch, he goes on to highlight the risks of job burnout. Making a point, he states that brain performance tends to increase with power naps—something that is supported by a chart shown on the television screen. Going on to provide some statistics, he lets them know that one in three Americans admit to dozing off “when and where they can.” On the note that dedicated nap spaces are hard to come by, he introduces the sharks to his meditation and napping studio, Recharj.

As a clip plays on the screen, Daniel explains that they are “the first and only power nap studio.” Designed for busy individuals, it offers rest from the stress of high pressured work days, he says. With that, he wraps up his speech by inviting the sharks to try out some of the napping cocoons that he has set up at the front. 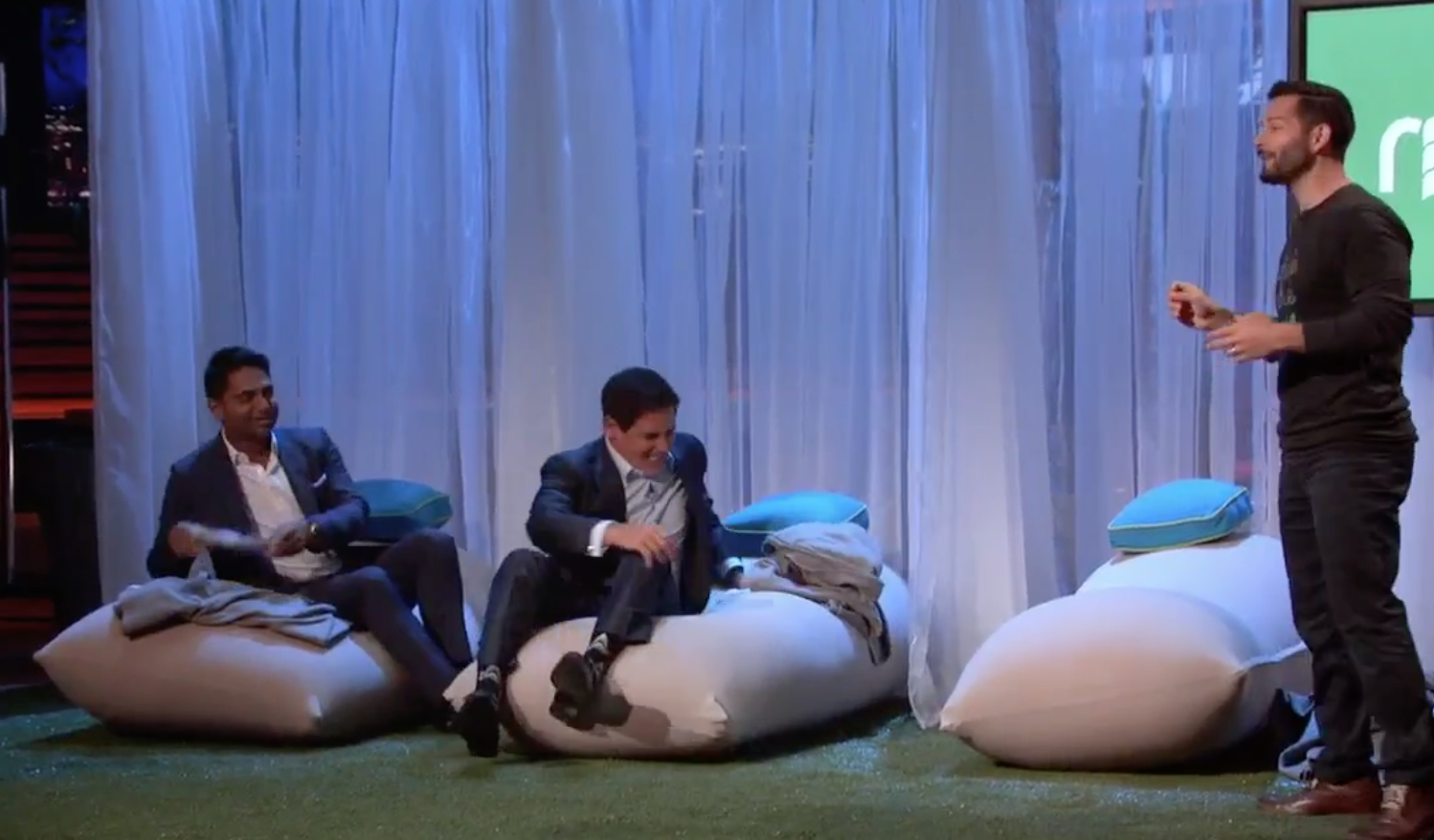 Asked how it works, Daniel explains that customers can either drop-in or book online, after which they are escorted to their own power nap cocoon—which comes with a pillow, blanket, and earplugs upon request. As he does, the sharks make themselves comfortable on the beds. With that, the founder continues to elaborate by saying that they are wrapped 360 degrees in a sound dampening, opaque drapery for privacy. From there, he explains that they draw down the lights and turn up relaxing music, which allows the brain to go into a transitional state of consciousness.

Still lying on the bed, Rohan eventually asks whether or not there is a scent, to which he is told that there is a lavender scent. With prompting from Mark, Daniel also explains that the customers’ phones are collected up-front, in order to maximize the relaxation experience. As the sharks make their way back to their chairs, Barbara raises a concern about dirty pillowcases and sheets. Noting that they take cleaning very seriously, the founder reassures her that all hand-touched materials are washed in between each use, after which they are hand inspected.

Skeptical, Barbara questions whether or not the sheets are “simply sprayed clean” in between uses. While he tells her yes, he emphasizes the point that they are also machine washed on a daily basis. With that, his attention goes to Robert, who confirms the fact that they are “stand-alone places to go to.” Nodding in response, Daniel goes on to reiterate that they are a studio. 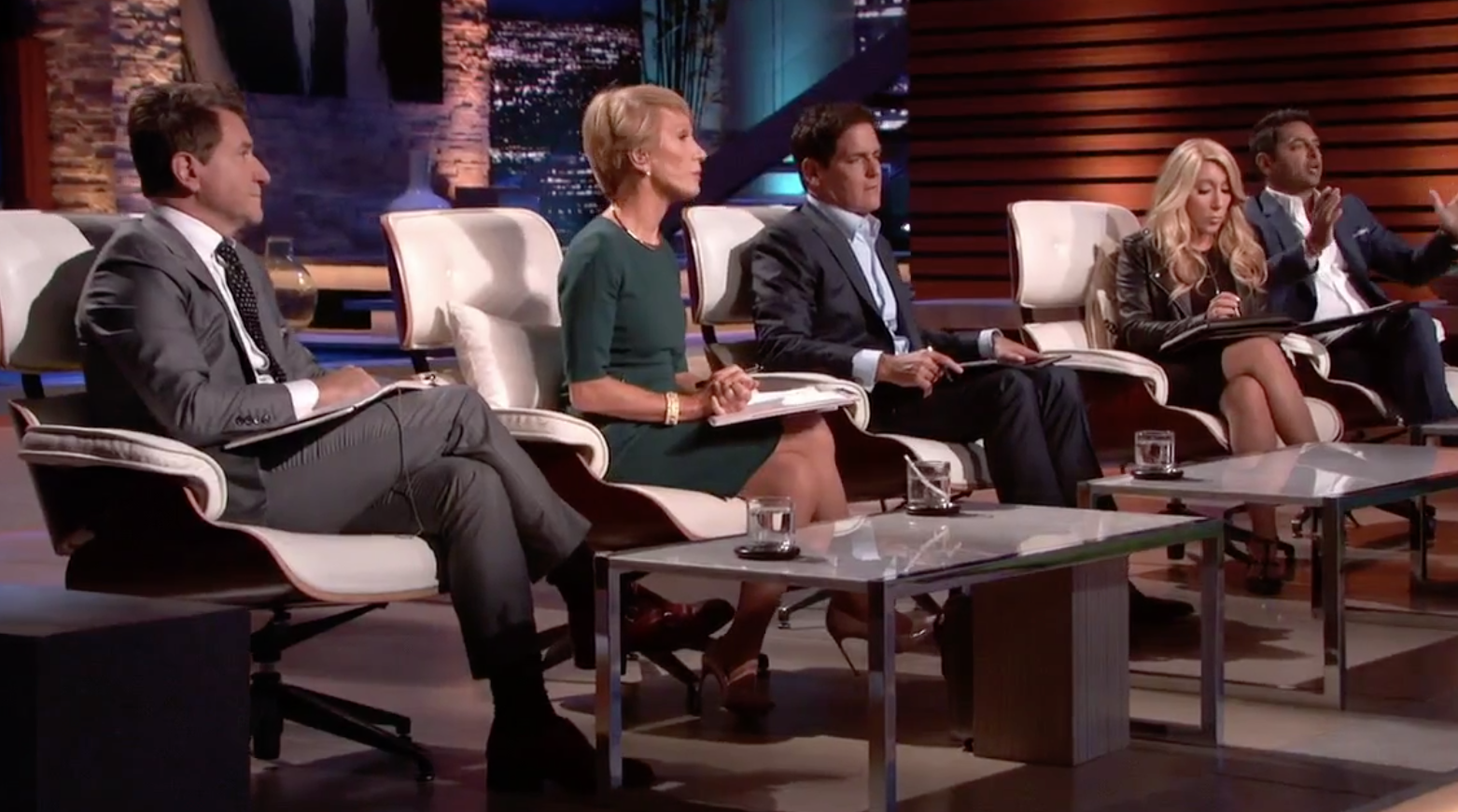 Diving into the numbers, Marks asks about the pricing, to which he’s told that customers are charged $9 per power nap, which lasts for 25 minutes. Noting that everyone is likely to come at lunch, Lori subsequently asks how he handles the fact that the rest of the day being empty. Admitting that power naps are the hook, Daniel lets them know that Recharj is more of a restorative and regenerative practice. Elaborating further, he states that they focus on sleep, stress and mind focus.

With that, Rohan asks whether or not it is “a class situation or an individual session.” Clarifying, Daniel states that they have both guided and unguided sessions. Commenting that individuals can easily drive home for a nap, Robert goes on to question the need for such a studio. Before he can reply, however, the other sharks chime in that “it is too far.”

Reciting his request—$75,000 in exchange for a 15% stake, Mark subsequently inquires about Daniel’s own investments in the company. In reply, he tells him that he has invested $95,000 in the design and development of the space, as well as an additional $50,000 in operating expenses. Continuing as the shark looks on, he reveals that they were granted a small business loan for $158,000, which surprises Mark. 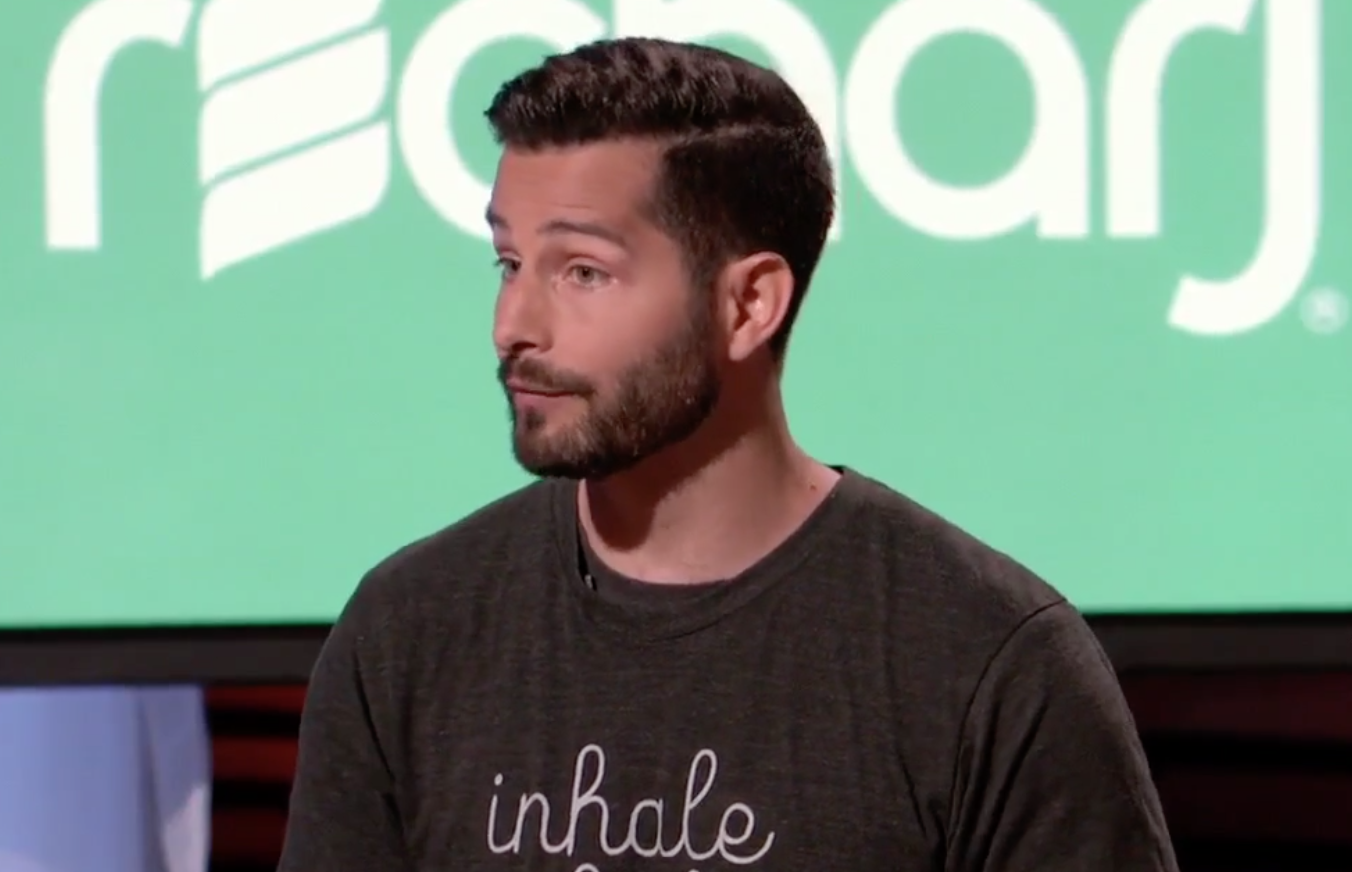 Still confused, Barbara goes on to ask about Daniel’s total investment in the business. Replying, he tells her $300,000. Curious about the studios, Mark eventually throws more questions at the founder, which leads him to explain that they have their flagship location in Washington, D.C., which is 800 to 1,000 square feet in size.

Inquired about their profits, Daniel explains that their studio concept serves as a short-term break even, to serve three major purposes. Before he can finish, however, he’s asked for the breakdown. Responding to the question, he states that they will be breaking even by the end of the calendar year. Elaborating, he tells them that they will be making $130,000 in revenue this year. Asked whether or not he’s paying himself a salary, he reveals that he still has his day job.

Surprised, Lori inquires as to who’s running the day-to-day operations of Recharj. Looking at the sharks, Daniel explains that he has hired a subject matter expert, one who has yoga and meditation expertise. Asked about other employees, he mentions the fact that they also have a network of 40 outside instructors, who come in to teach classes. With that, he also brings up the fact that they do corporate events.

Soon, however, it becomes apparent that the sharks are not impressed with the story. Just as Daniel is about to talk about his plans for franchising, Mark lets him know that he is “all over the map.” Reiterating some of the things that he had mentioned earlier, the shark makes it obvious that he is not on board with the business. Noting that “it doesn’t add up”, he backs out of a deal just seconds later. 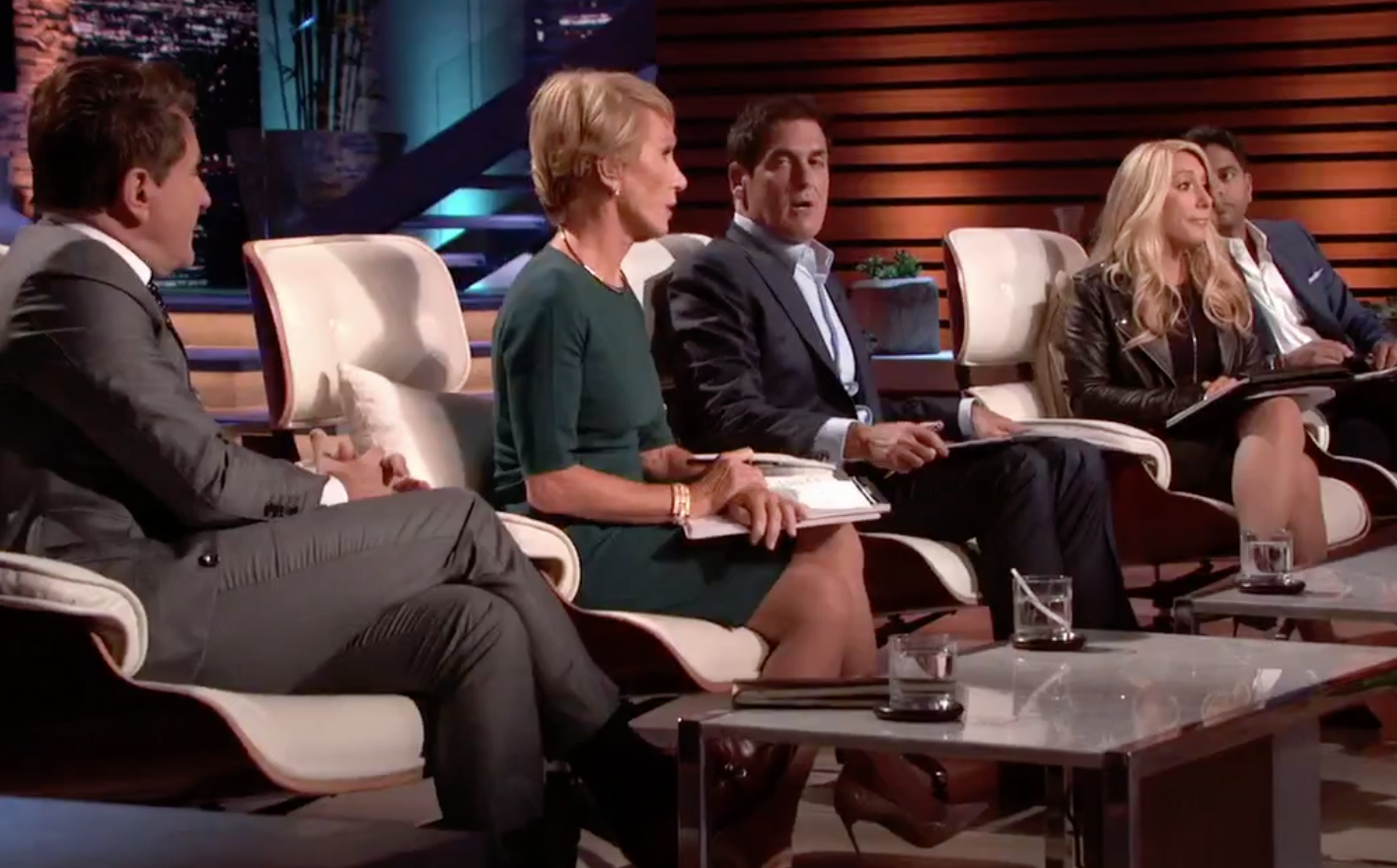 The next to share his opinion, Rohan expresses his concerns about the fact that the company has a high investment cost relative to what they’re making in revenue. Despite Daniel’s best efforts to keep him interested, he soon also drops out. From there, Robert disagrees with Rohan by stating that he has a “fundamental challenge with the entire concept.” Noting that most people in America don’t have the luxury to leave their jobs for a nap, he backs out as well.

Thanking him for his time, Daniel subsequently directs his attention towards Lori, who lets him know that he is trying to do too much with the company. Stating that the route it’s currently taking is not the right investment for her, she also drops out, much to the disappointment of the founder.

With that, everyone looks towards Barbara—the last remaining shark. Reiterating the fact that it’d be hard for his business to be profitable, even if he were to receive an investment, she lets him know that she will also be dropping out. Noticeably disappointed, Daniel eventually exits the tank as the rest of the sharks offer their best wishes.

Many months have come and gone since Daniel pitched his company on Shark Tank. Unfortunately, despite his best efforts, he was not able to land a deal on the show. Regardless, how is Recharj doing nowadays?

As far as we can tell, the napping studio is still going strong. In fact, they had received a significant boost in business—thanks to the “Shark Tank Effect” following the airing of the episode. Considering the fact that promoting wellness and healthy habits have received more attention lately, Daniel predicts that the company will continue to grow and thrive.

What Rechaj is Offering Today

Looking at their website, they currently have over a dozen workshops and events available through their studios. Some of these include “Deep Sound Bath Healing”, “Kundalini and Gong Meditation”, “Meditate with Marks”, and “Mask and Meditation.” Mostly drop-ins, interested individuals are able to sign up for a spot online. If you’re interested, you can check out the page here.

What Customers Think About Recharj

Despite the sharks’ critiques on the show, Recharj has since received a number of positive reviews online. For instance, their Washington, D.C. location currently has a 4.5-star rating out of two dozen reviews on Yelp. Looking at some of the comments written by users, the general consensus appears to be that it is a great relaxing spot in the downtown DC area. While many have praised the concept, however, a small number of individuals have found it difficult to fall asleep in the presence of others in the studio.

Aside from Yelp, Recharj also has a 5-star rating out of 27 reviews on their official Facebook page. You can read the comments for yourself here.

Will Daniel Turissini be reappearing on the show for an update anytime soon? Unfortunately, the chance for this is slim, considering the fact that he was not able to land a deal with the sharks. Nonetheless, it would seem that the company has been progressing well over the past several months, considering the influx of positive reviews on the net.