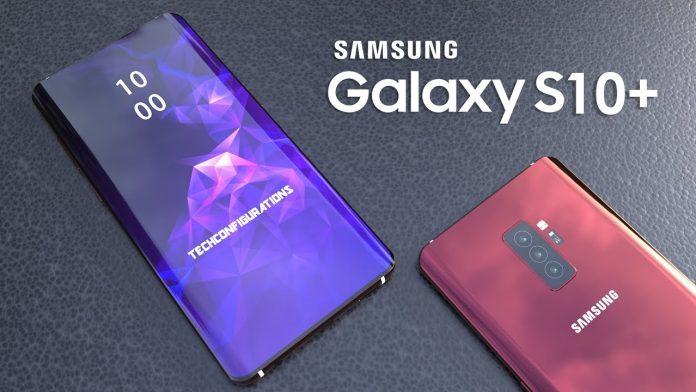 A concept video by the TechConfigurations YouTube channel shows a very impressive Galaxy S10+ smartphone. The video starts with the surprises right away, showing a device with pretty much all screen on the front.

The most impressive part about the front of this concept is that there is a front camera that pops out. The camera doesn’t slide up like Oppo’s smartphone, there is instead a little square that comes up.

On the back, the video shows what the rumors have mentioned for months. The device has a triple camera with a similar design to that of the S9 and S9+. The triple cameras became a thing earlier this year with the release of the Huawei P20 Pro. Just a few days ago, Oppo became the second company to announce a smartphone with triple cameras.

Samsung’s Galaxy S10+ is rumored to be the next device with triple cameras. Rumors say the company will release three variants of the smartphone. The triple cameras might only be featured on one or two of the releases.

Here is the concept video by TechConfigurations:

The video shows a smartphone that is quite similar to the S9 and even the S8. The phone does have more screen this time and that front camera is unlike anything we have seen from the company.

The Galaxy S10 is rumored to be coming a little earlier than usual since the company is said to be working on its foldable smartphone. The launch of the Galaxy S10 could happen as early as January.

This video is nothing official but it does give us an idea on what Samsung might be planning to release in the near future. The video mentions the Galaxy S10+ so there might be a few differences between the other variants. This year’s Galaxy S9 has a single camera while the S9+ has a dual camera setup.

Samsung recently released its Galaxy Note 9 and while that is a nice device, the concept video shows that a Galaxy S10 would be even more impressive. This year’s Galaxy S9 didn’t bring major improvements over the Galaxy S8 so big changes are expected for 2019.

Here are the specs mentioned in the video: