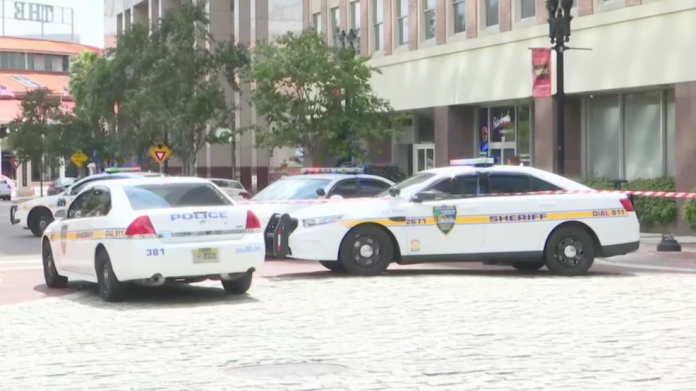 Authorities say several people have been killed in a shooting at an entertainment center in Jacksonville, Florida. Police have confirmed that the suspected gunman was dead at the scene.

The event was being streamed on Twitch and reports say shots can be heard in the background. Police have confirmed that there were people injured but did not reveal the number. They have also confirmed that they are not looking for any other suspects.

The Los Angeles Times reports that the man opened fire after losing. The report, which came from a message from another gamer who was there, could not be confirmed.

The SWAT team responded to the calls about the shooting. Reports say people fled for cover when the shooting started. Sheriff Mike Williams told reporters that they have no outstanding suspects at the time. The sheriff added that they have one suspect in the case and that he is deceased at the scene. He confirmed that there were other people dead but did not reveal a number.

Reuters reports that six people were transported to Jacksonville’s UF Health Hospital. The report said that five of the injured are in stable condition while one is in serious condition. Local media reports that at least four people lost their lives and that eleven others were injured.

Drini Gjoka tweeted that a bullet had hit his thumb. The 19-year-old gamer was at the tournament when the shooting started. The EA Sports Madden NFL Twitter account tweeted that this is a horrible situation and that their deepest sympathies went out to all involved.

UPDATE: Authorities have identified the gunman as David Katz. They have confirmed that he shot himself dead and that they are not looking for any other suspects.