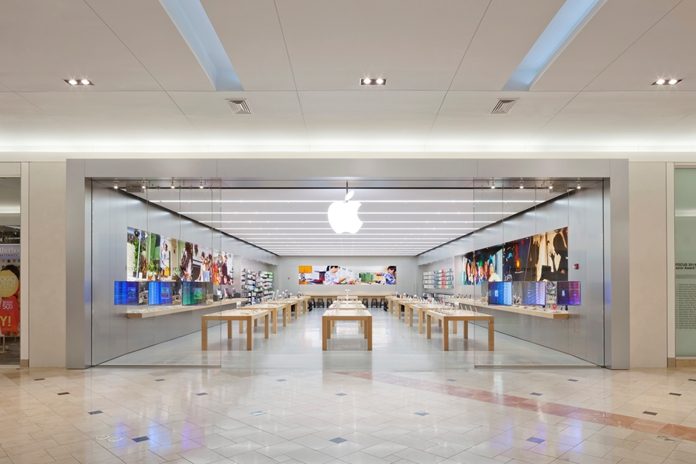 Four men stole more than $20,000 worth of products from an Apple Store located at the Roseville Galleria. Police say the four men entered the store on Tuesday night and walked out with the products.

The Roseville Police Department says the four suspects entered the location at around 8 p.m. and began cutting the security cords from the products that were placed on the tables. Authorities say the suspects were not at the store for long.

The thieves left with a total of 20 iPhones, an iPad mini and two MacBook Pros. There is no video of the incident but customers and employees did take photos as it happened. Authorities were called but the suspects had left by the time they got there.

Tuesday night’s incident is one of many reported this year. Just a few weeks ago, a group of men entered an Apple Store in Fresno, California and began taking the products on display. The group took products from most of the tables and were confronted by a man who was standing in the entrance. The group got away after pushing the man.

Back in April, five thieves stole $24,000 worth of products from an Apple Store in Corte Madera, California. According to ABC7, the thieves entered the store at around 8 p.m. The group was last seen by a security officer who saw them run towards the back of another store. ABC7 says that store was also robbed back in 2016.

In December 2016, thieves crashed a rented SUV into the entrance of the University Avenue Apple Store. The thieves took numerous items from the store, which was closed at the time. Police found the SUV used to break the entrance and a second car parked nearby. Four people were later arrested.

9to5Mac says that the devices put on display are deactivated once they are out of the store’s Wi-Fi network. Even with that, reports say that the devices have a little bit of value because their parts can be used for other devices.