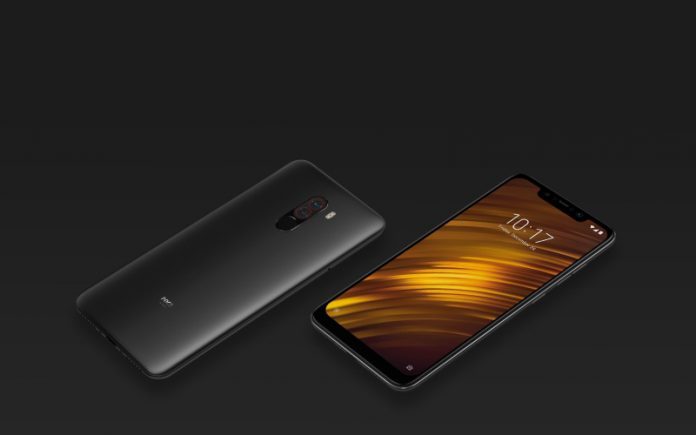 Xiaomi has unveiled the Poco F1 phone, a device that offers great features at a very low price. The Chinese company is known for releasing phones like the Poco F1 but the latest device is even cheaper.

The Poco F1 comes with the latest Snapdragon processor and a 4,000 mAh battery. Xiaomi didn’t just stop there, the phone also packs a whopping 8GB of RAM.

Xiaomi’s newest smartphone starts at $300. This variant comes with 6GB of RAM and 64GB of storage. The version with the most powerful specs has a price of $430 and it comes with more RAM and storage.

The Poco F1 phone isn’t the cheapest phone of all time but the device offers a price that we don’t often see now. The biggest smartphone makers have recently released flagship devices at even higher prices than before but the Poco F1 has powerful specs and it does the total opposite, landing at the budget category.

Huawei and other companies offer very affordable devices but what makes Xiaomi’s device stand out is its specs. Phones with the latest processor and 8GB of RAM are often part of the premium category.

The Poco F1 phone did leave a few things out to make the price happen. The device comes with an old version of Corning Gorilla Glass. The camera department is also lacking a common feature among smartphones, optical image stabilization.

The phone has already been reviewed by some of the most popular tech sites, including Android Central and The Verge. Android Central said in its review that the device itself is superb but that it doesn’t look premium. The Verge found a few issues with the phone, including its audio quality.

Xiaomi has released several impressive smartphones throughout 2018 but the Poco F1 not only brings high end features but also a low price. Its price puts it up there with the latest Moto G phones from Motorola. The only difference is that Xiaomi’s device has the latest processor and the 6GB or 8GB of RAM.

The Poco F1 phone will first be released in India but the company has already said that it plans to bring it to other countries.