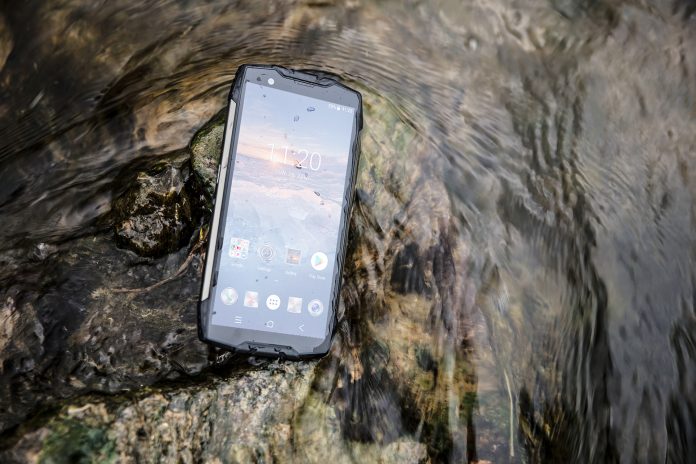 Since the Blackview BV6800 has become such a hit, Blackview sees no reason why the new successor also will not be a hit. That might be why Blackview has rolled out the red carpet for the BV6800 Pro release. You are able to get this rugged smartphone at an incredibly low price as part of the launch promotion that Blackview put together. September 10 through October 1, you will be able to get the BV6800 Pro for $189.99.

The smartphone is on sale right now through the official Blackview website. Not only is the rugged smartphone on sale, but there will be a free $40 gift deal as well. In the gift deal, you will get a glass protector and a wireless charger. It is important to note that the starting price for the BV6800 Pro will be $189.99, but will increase by $3 each day until the end of the promotion. That means you should pick up the new smartphone as soon as possible to get the lowest price. If you wait towards the end of September, then you will be paying more than the $189.99. There are a lot of cool features and details we wanted to also tell you about concerning the Blackview BV6800 Pro.

You can check out the video of the BV6800 Pro by clicking on this link. You will notice right away some amazing differences with the BV6800 Pro compared to the predecessor. The appearance might be a lot better in this one, but the new hardware and software are also things to get excited about. Specifically, you will notice that the Blackview BV6800 Pro has a lot of certifications including IP68 and IP69K. What sets this rugged smartphone apart is that it also has MIL-STD-810G certification, which is the Military standard.

For higher-end smartphones, the various certifications are definitely a bonus and almost a requirement these days. If you want your rugged smartphone to stand out, then get as many of these different certifications as possible. That is exactly what Blackview did with the BV6800 Pro. Not only do you get those certifications, but you also can take this smartphone under the water. It will work under six-feet of water for two hours. If you drop it from three-meters high, it will also still work and nothing bad will happen to it. That is why the Blackview BV6800 Pro is one of the best rugged smartphones to just hit the market.

Even More Blackview BV6800 Pro Specifications to Tell You About

The BV6800 Pro is resistant against impact, vibrations, and high pressure. It is also protected in temporary submersion of water and is protected against the high pressure jets. So with this smartphone, you will not have to worry about changes in temperature or corrosion. Beyond that, this smartphone comes with dual 16MP rear Sony cameras. You will have access to an 8MP front-facing camera too, which is great for taking the perfect selfie. There are a ton of shooting modes available too, which is great if you want the full DSLR experience on your smartphone.

There are so many upgrades to this smartphone when compared with the predecessor, including the ability to do hours of underwater photography. You will have a 5.7-inch screen on this device and it also comes with an 18:9 aspect ratio. The FHD quality is great because it brings a brighter and more stunning visual aspect to the smartphone. You will notice that everything, including games and movies, are more vivid with the 18:9 FHD. It also comes with 4GB RAM and 64GB ROM, along with a huge 6580mAh battery.

Since you have the big 6580mAh battery, you will notice how long this smartphone will last, even with moderate or heavy usage. The fact that this phone can work all day on a single charge makes it one of the best smartphones for your business or busy lifestyle. The Blackview BV6800 Pro also supports 10W wireless charging, but there is a 24W low-temperature quick charge option too. If you use the low-temperature quick charge, then the device can be charged completely within 2.5 hours.

The BV6800 Pro comes with Android 8.0 too, which is one of the newest Android operating systems to hit the market. There is also Google Pay support that is NFC-based, which allows you to make purchases securely and easily. Many online stores, apps, and retailers accept Google Pay, so you can use this feature for almost any purchase from anywhere. The navigation system is global, which is great since you are able to go anywhere at anytime and have the perfect navigation system at your fingertips.