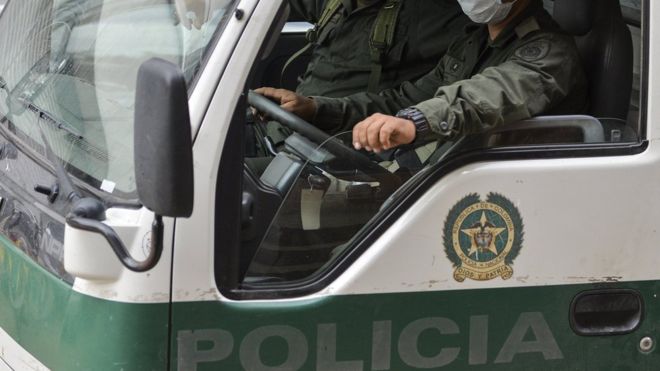 A man who had shot and killed a merchant in Barranquilla came up with a plan to escape authorities in the area but it was unsuccessful after police easily noticed that he was not a woman.

The merchant was shot and killed in a stand of a town in Barranquilla. The attacker dressed as a woman to avoid authorities and make his escape but his plan ended with him behind bars. Local media reports that about a month ago, the merchant was robbed by the wife of the attacker. The merchant found out who it was and threatened her and told her to return what was stolen.

The man along with two others found out that the merchant would be at a stand watching the football game and they decided to wait for him. The merchant arrived to the place with a friend and was close to the attacker. The man then pulled out a gun and shot him in the back.

The incident happened in a place that was packed with people. Security footage shows the man pulling out a gun and pointing it at him. The merchant was transported to a hospital but he died there shortly after.

The attacker and the two other people that were with him fled in different directions. Authorities arrived to the area shortly after and spotted the attacker who ran into a home after climbing a fence.

During his escape, he decided to stop inside the house and make some changes to avoid being caught. The residents who spotted the man contacted police and told them the exact location where he was hiding. The man had been hiding in the house and authorities were surprised by what they saw when they found him.

Authorities entered the home and found that the man was wearing a dress. He was also putting on make up. Police arrested and transported him to a detention center.