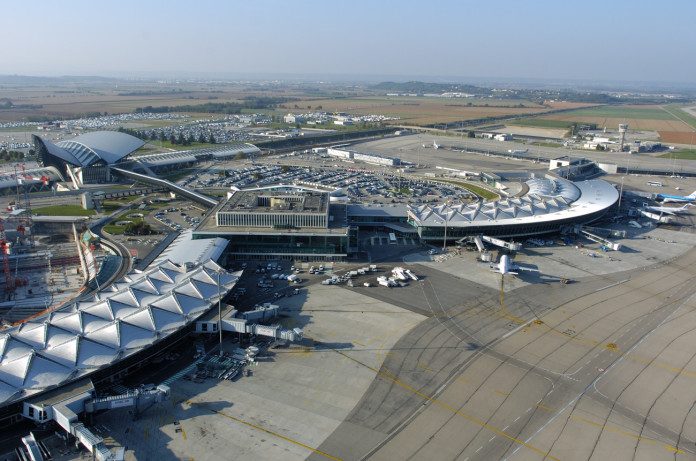 The airport in Lyon was forced to suspend flights after a man rammed his car through glass doors and kept driving on the runway. The man was chased by authorities on vans and on foot.

The man was being chased by police cars and a helicopter before he decided to turn to the airport. He was driving on the wrong side of the road before he made it through security barriers at the Lyon Saint Exupery International Airport.

Authorities released a statement saying that he was pursued by police and he smashed through Terminal 1 before getting to the runway area. A video posted on social media showed a car speeding on the side of the runway as he is being chased by a police van. The man then gets out of the car and starts running on the side of the runway. It appears that he is going to be caught by the second police van that comes in but he continues running as more and more police bikes and vans continue chasing him.

The man was caught and arrested shortly after the video was captured. The government does not know why the man drove into the airport but they said nothing is being ruled out. The local government officer Christelle Monteagudo said the man’s motives were not yet known and added that he drove on the highway and crashed into a barrier. He then headed to the Saint Exupery International Airport.

The man continued his escape from police by crashing through glass doors at the Terminal 1 and then driving onto the runways. The video shows him leaving his car and avoiding several police vehicles that were right behind him.

The chase forced the airport to suspend flights until further notice. The suspension was announced through the airport’s Twitter account. The airport is the fourth busiest in France with about eight million passengers every year. Authorities have not given any information on the man involved in the chase earlier today.