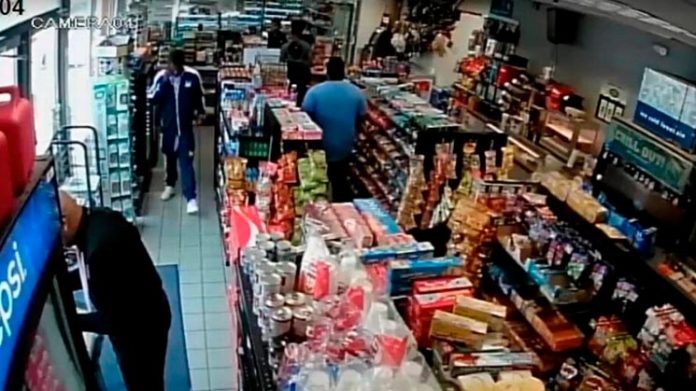 Jermar Jerome Roberson was sentenced to 27 years in prison over two armed robberies. In one of the robberies, Roberson shot a woman in the head. The 25-year-old, who was living in Fort Lauderdale, pleaded guilty to the charges and was sentenced to 324 months in prison.

Roberson robbed the two people back in October 2017. He bought two iPhones through the internet and the two agreed to meet to complete the purchase. Once there, he pointed a gun at the people.

The second robbery turned violent when Roberson pulled out a gun and shot a woman in the head. The woman had agreed to meet with him to complete the purchase of the smartphone.

The victims used an application to sell their iPhones to Roberson. In the second incident, the woman went with her husband and they were told by Roberson that he needed to withdraw money from a nearby ATM.

They started walking away from the area but Roberson pulled out a gun and shot at the woman. The bullet injured her ear but she was transported to a hospital and she had a successful recovery.

Security footage from a gas station helped authorities identify the man. Roberson was arrested just days after the second incident. Authorities found a phone with the same number that had made the calls to the sellers. They also found a gun and the clothes he used during the robbery.

Authorities also arrested Shyann Lee Williams, who pleaded guilty and received a sentence of 63 months in prison. Roberson and the two sellers reportedly used an app called Offer Up.

The two people were selling iPhone 8s through the application while Roberson was looking for victims. The two victims agreed to meet to complete the purchase and that’s when Roberson robbed them. The first incident left no one injured while the second incident turned violent when he shot at the woman who was selling him the iPhone. The good news is that the bullet did not go through her head, barely going past her ear. Roberson was given the sentence by South Florida judge Michael K. Moore.