Kira Girard is most well-known for her role on season four of the reality series, Dance Moms, which appeared on the Lifetime Channel. She is the mother of fan favorite, Kalani Hilliker. The two made waves by leaving the show halfway through the very first season that they were in, but they ended up coming back in season five.

How Did Kira Girard make their money & wealth?

Kira is fairly private about her life before becoming a reality TV star. We know that she was born on August 4, 1981. She grew up in Arizona. We do not know the name of her parents if she had any siblings, or what her educational background looks like. She became famous when she and her daughter Kalani joined Abby Lee’s Dance Studio and appeared on the Lifetime series Dance Moms.

Kira spent a lot of time supporting her daughter throughout the young girl’s dance career. Kalani didn’t really get famous until Dance Moms, but she was on TV before then. She was on a dance show sponsored by Disney called Make Your Mark: Ultimate Dance Off – Shake It Up Edition. The team she was in was called AKSquared.

Back in 2011, Kira’s daughter came in in third place in a dance competition in New York and continued to get a similar placing in other dance competitions. Finally, they auditioned for Abby Lee and appeared in the episode Big Trouble in the Big Apple. The pair left the show briefly but come back for the rest of the series. 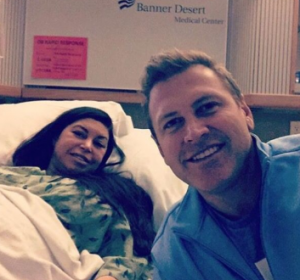 Kira is currently engaged, but she has been married twice before. Her first husband, Matthew Hilliker, is Kalani’s father. Matthew has an IMDb page with a single entry – appeared as Robert one in a 2012 movie called The Sweeney. At some point, they got divorced and married Jason Girard. They had a son together named Jax. They were divorced as well. In November 2015, Kira had a baby boy named Jett with a new man, David Newman.

It’s not known how much Kira makes per year, but she is sure to make a decent amount from her social media accounts and television appearances.

Kira and family have a home in Arizona. Although there were no pictures, the home was mentioned in an article on AZfamily.com. The article explained that Kira was accusing a contractor of defrauding her and her family of $175,000 by charging extra for supplies and making up purchase orders. The publication did some more digging and found that the contractor, Tom Greenwood, lied about being registered with the Better Business Bureau and also about actually being licensed to do contracting work.

According to the article, Kira and her fiance are pursuing criminal charges for the faux contractor. When Tom did the remodeling, he didn’t just cheat the couple out of almost a fifth of a million dollars, he also made the house more dangerous to live in. The shoddy work left exposed wires in various places, which, I think we can agree, is not a great environment for children. 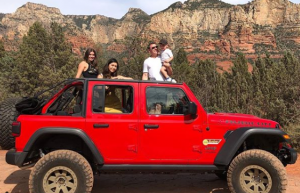 She and her family have been pictured with a cherry red Jeep Wrangler on her Instagram page. It’s not made clear in the post if this car is hers, or if it was a rental for their vacation. Kira also posted about what a nightmare it was attempting to purchase a car for her teenaged daughter Kalani on Twitter.

In 2016, Radar Online revealed that Kira was arrested back in 2005 for four counts of felony theft. She pled guilty to all counts, and an additional charge of attempted theft. All of the crimes occurred on eBay, where Kira took her customers’ money and printed out shipping labels – but never actually shipped the products. The police had photos of the reality star cashing the checks, but at first, she still denied the allegations. Eventually, her guilty plea allowed her to skip jail in favor of probation and a few thousand dollars in fines. Her famous daughter, Kalani, would have been about five at the time.